Clash of Clans 8.551.4 October 2016 Update is now live. You can download it right now and experience the brand new changes. Supercell has introduced a host of new updates for their flagship mobile game. Here’s a summary of all the changes the new update will introduce.

Say hello to a revamped version of Army Training aka Quick Train. You can now train two full armies with two taps on the screen. There’s also the new Clash Friends and Friendly Challenges. Challenge other Clans to friendly Clan War face-offs. Friendly wars can be as short as one hour and as small as 5v5.

Clash of Clans is a freemium mobile MMO strategy video game developed and published by Supercell. The game was released for iOS platforms on August 2, 2012, and on Google Play for Android on October 7, 2013. The main resources are gold, elixir, and dark elixir. Players can conjoin to create clans, groups of up to fifty people who can then partake in Clan Wars together, donate and receive troops, and talk with each other.

You can update the CoC 8.551.4 directly from the Google Play Store. If you are looking for APK, visit the APKpure.com where you can download the latest Clash of Clans 8.551.4 APK for free. 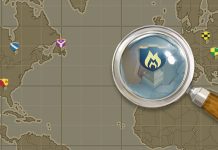