Clash of Clans is getting an update later this month, and Supercell has been rolling out sneak peeks of what to expect. This latest sneak peek comes hot on the heels of yesterday’s sneak peek, which showed off new levels for the Inferno Tower and the Mortar. This time around, we have new troop levels for the Valkyries, Goblins and Hog Riders. 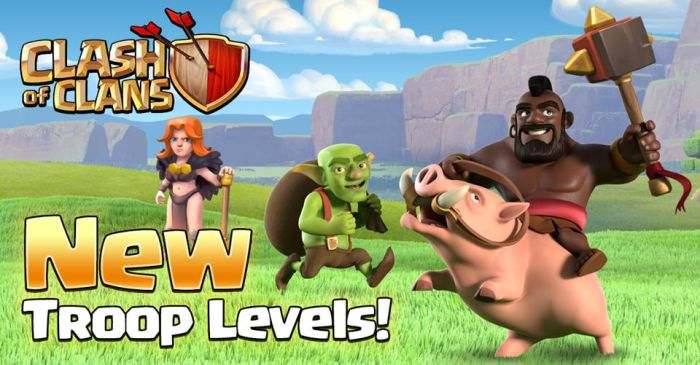 The Hog Rider is now up to Level 6, the Goblins are up to Level 7 and the newly improved Valkyries are at Level 5. Chief Pat, narrating the Sneak Peek, mentions that the Valkyries are going to be extremely strong in the game for the first time since they first came out all the way 3 years ago. The Goblins now get mohawks, while the Hog Riders now have spiked hammers to go with their hogs (and hair).

Another new change in the March update is that the Poison Spell sees a change: enemy troops who are not engaged will now avoid poison by walking out of the area of effect. This means you can only really use the poison spell effectively on troops who are engaged in combat, which sounds fair.

Chief Pat is really hyped with the Valkyrie spells. What are you hyped by? Check out the Sneak Peek below.