Supercell released the biggest, the most unique, the most impressive, the most feature-packed, massive update in May. Clash of Clans May 22nd 2017 update introduced a brand new base called Builder Base. Starting from Town Hall 4, you can re-build the build the ship/boat at your home village and set sail for the other side. The exciting new land is run by the Master Builder. The update also brought in the “Gear Up” option for Cannon. As part of leveraging Master Builder’s expertise to enhance home village, once your Cannon is at a high enough level, you’ll see a “Gear Up” option when you tap on it. Gearing Up this defense will give it the same awesome abilities as its Builder Base counterpart: the Double Cannon!

A new epic feature has been announced by Supercell. The new Geared Up Archer Tower comes with an awesome lever that allows you to toggle between two modes – Long Range and a new Fast Attack! This is very much similar to the archer tower in the Builder Base, where you the option to toggle between two different modes. This new feature has now been introduced in the regular base (home village) as well.

However, you can only get the new feature after you’ve reached Archer Tower Level 6 in Builder Base and Level 10 in home village. The feature does come with a catch – you can only have one geared up Archer Tower in your Home Village at any given time. So it’s left to the players to place it strategically in the base! The feature will also give players more variety with their village layout. But you must ensure that your Master Builder is available in the Builder Base to get the upgrade! 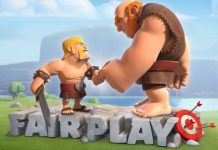