Recently, Supercell brought in a host of changes as part of the August 2016 update. In the new update, miner movement speed has been reduced. Cannon damage has been increased for levels 11 to 14. The update also makes enhancements for deploying more of your army before the eagle artillery activates. In addition to all these updates, Supercell brought in a major balance change – Healers trigger Air traps, again!

If you recall, healers always used to trigger traps. But healers were prone to getting fixated on isolated troops and wandering aimlessly across the enemy village. And air traps would sound instant death for healers. To make this strategy far less risky, Supercell brought in several changes to Healer usage and made healers not to trigger air traps. So far so good. But now, it looks like Supercell is bringing back the original AI. In other words, healers will now again begin to trigger air traps. 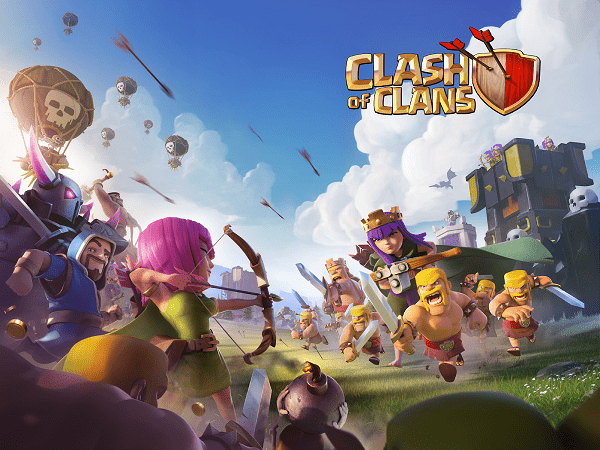 As reported by IBTimes, several players are unhappy with Supercell’s decision to bring back Healer’s ability to trigger air traps. Mainly because players are heavily dependent on a strategy called “Queen Walk” or “Super Queen”. In this strategy, the queen is deployed backed up by 4-5 healers. The healers continuously heal the queen while staying away from defenses and thus make the queen nearly invincible. Many players have become accustomed to the Queen Walk. Some players use it as a very effective strategy even during wars – more so for wide-spread bases. The recent update may sound death for this strategy.

When healers begin to trigger air traps or air mines, the whole equation changes. The reason that players are unhappy now is that if the chief of the village being attacked has smartly placed these air traps, the healers become highly vulnerable and get shot down easily. The attacker loses strategic advantage and the queen then transitions from being invincible to the one troop that can be taken down easily.

However, Supercell has clarified that this update is all about ‘risks vs rewards’. If you want the rewards of queen walk strategy, you must be willing to take the risks associated with it. And this is what makes attacking interesting and challenging. It’s worth noting that Supercell has reduced neither the hitpoints for healers nor their healing capacity. So the queen walk strategy continues to work, but will come with its own associated risks. If you execute the queen walk strategy really well, not more than one healer can be shot down. If you are still not confident, instead of using 4 healers, take one healer extra. We know that costs you an additional 14 housing spaces but the rewards are certainly worth the risk!

What do you think about the Queen Walk strategy update? Do you think the healers should trigger air traps? Or should Supercell roll back the changes? Let us know by posting your thoughts in the comments section!