Supercell recently announced balance changes as part of the upcoming August update. There’s has been a lot of discussion about Healers once again triggering air traps. Discussions are abuzz about how the upcoming update will affect the “Queen Walk” or the “Super Queen” strategy, where an attack begins with a high-level archer queen flanked by at least four healers. 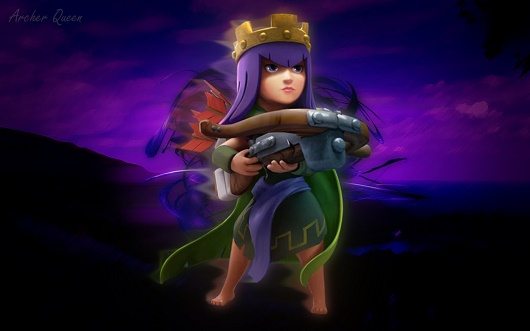 Putting all speculations to rest, Supercell has now provided all the details about the upcoming healer changes –

In the good old days of clash of clans, healers used to trigger traps. But in the recent past, ground armies reliant heavily on healer support were far too ineffective since healers were prone to getting fixated on isolated troops and also sometimes wandering aimlessly across the enemy village and end up getting shot down. And air traps would sound instant death for healers. To make this strategy far less risky, Supercell brought in several changes to Healer usage and made healers not to trigger air traps. But now, it looks like Supercell is bringing back the original AI – healers will now again begin to trigger traps. The reason for this change is that, in the hands of a skilled attacker, it is quite common for a group of Healers to survive the entire battle, always hiding behind the immortal queen and bowlers. Healers have become far too safe and this new update will put an end to this!

Queen Walk is being used as one of the most effective attack strategies today. The Queen backed by four healers proves almost invincible, sometimes surviving the entire 3-minute battle. With the new update, the extra risk of healers triggering air traps will provide a measured balance to the powerful rewards of queen walk strategy. The queen walk exposes healers to a tiny area of the village and keep them away from defensive units. The increase in the Eagle Artillery activation limit will likely support this strategy for TH11 and Supercell has already made it clear it will do further balancing if necessary.

Playtesting by Supercell has shown that bigger changes will be seen later in the battle, such as during the heart of mass-bowler attack. Mass-bowler attacks can leave 100+ housing space troops still intact even after demolishing a maxed out TH11. This is due to the fact that there’s currently lack of ample threats for back-line Healers propping up such long-range armies. This is expected to change with the healer update. With air traps now triggered by healers, the more effective the attack, the more air traps healers will encounter, bring in balance between attack and defense.

Clash of Clans attack strategies are all about risk vs rewards. Even with the update, it’s quite possible for well-executed bowler attacks to perform well. But the update will definitely bring in the much-needed balance changes for Queen Walk!

What do you think about the new Healer balance changes? Would you still prefer Queen-Healer walk attack strategy? If yes, why? Feel free to post in the comments section!