2K Games has just quietly put up a Steam page for Sid Meier’s Civilization VI, viewable here. The page is complete with a trailer and screenshots for the game, and features a release date of October 21st, 2016. By the looks of it, Gandhi is back and so might be Theodore Roosevelt. And do I see the ISS as a world wonder now? 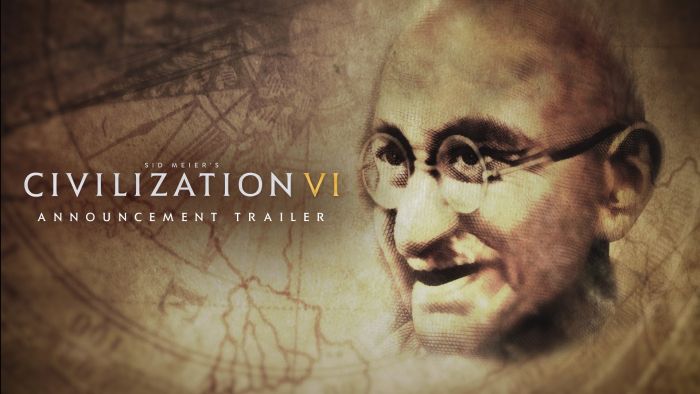 Most of the details regarding the game hearken back to previous titles in the series: you build up a civilization in a turn-based milieu, from the stone age to the modern era, advancing through technology and dominating the world in your preferred method of choice. There is, however, quite a bit of new stuff.

For one, cities will now spread across the map, spanning multiple tiles. There will be five victory modes in the game – while they haven’t been clarified yet, we think they might include Conquest, Domination, Cultural and Space Race victories at least. Another change is that units can now be ’embedded’ with other units, expanding on the one-unit-per-tile design that debuted in Civilization V. For instance, anti-tank support can now be embedded with infantry.As always, Civilization VI will be developed by Firaxis, who also released XCOM 2 this year; and publishing duties will be handled by 2K Games. The game will likely be a PC exclusive like previous games, and will feature four post-launch DLC packs, which might replace the traditional 2-expansion-pack model the series has followed. Check out the announcement trailer below, and let us know what you think in the comments.