Yesterday, Raspberry had announced their all new SBC, Raspberry Pi 3. If you haven’t been able to get to know more about it, don’t worry. The Raspberry Pi 3 comes with a brand new 64-bit quad-core processor, built-in Wi-Fi and Bluetooth LE. If that isn’t exciting for you, guess what? Chromium OS is also coming to Raspberry Pi 3. As a matter of fact, Chromium OS is coming to all the SBCs. The founder of Chromium OS said that their project is expanding and they are looking forward to bring the OS to all the major SBCs out in the market. The Chromium OS will be now available for Pi Zero, PINE64 and C.H.I.P and many more SBCs. 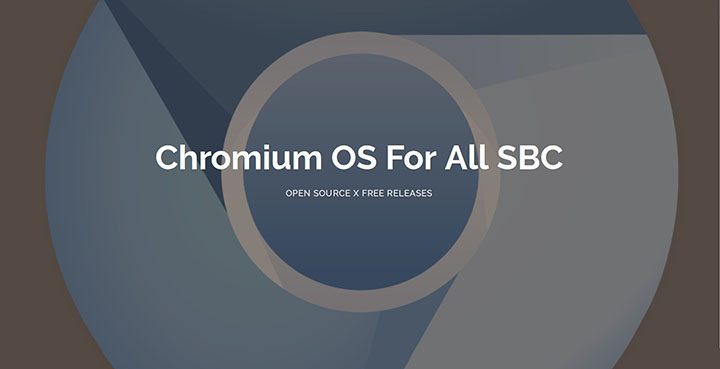 The OS had a dedicated website for Raspberry Pi 2. But yesterday, the site was renamed to www.chromiumosforsbc.org. So what is so special about the Chromium OS? Chromium OS is the development version of the famous Chrome OS from Google. It supports web applications primarily as it uses Chromium browser’s user interface. It was first developed and compiled by hobbyists, but now many devices come pre-installed with the OS.

The developers of the OS will have their hands full with a lot of porting to be done. The OS port for the latest Raspberry Pi 3 has already been confirmed and work on it has already been started. Like they’ve already stated, they are trying to port the OS to as many SBCs as they can. You can check out their brand new website for more information.