John Mooner, a “Chief Photographer For World UFO Photos” from Newton Abbot, claims he took a picture of a UFO the size of a pickup truck landing in a field in Dawlish, UK. As the man claims, aliens wanted to “abduct cows for genetic material.” 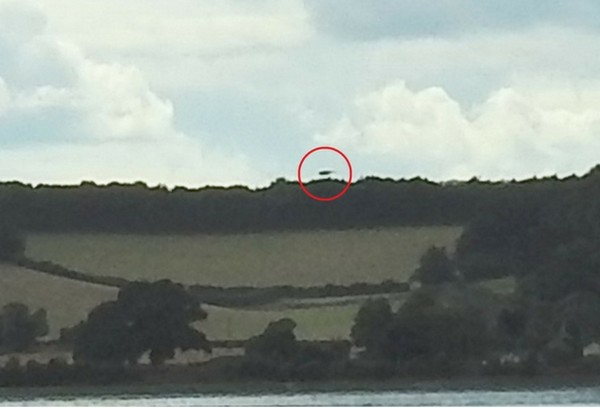 The photo was taken on November 25, 2016, at Dawlish Warren. John previously spotted alien activity in Newton Abbot, telling the tales of UFO landings. It seems the aliens like to land in the area around Newton Abbot while John is around.

As he said, “I was watching a train pass by in the distance, when I spotted a black object slowly moving along the tree line and at first I thought it was an helicopter. I could only hear the passing train and thought to myself that’s strange it can’t be an helicopter there’s no sound of the rotors. I estimated that the object must of been the size of a large transit van.”

John described that the object began to slowly descent into a nearby field. The man observed it, and the object just sat on the field until it “went completely invisible.”

He couldn’t arrive at the landing site because he was too far away and didn’t have a boat. He has an interesting explanation for the phenomena, “My guess is that the object was waiting for the farmer to bring his livestock into the field so they could abduct some of the poor animals to kill for genetic material.” 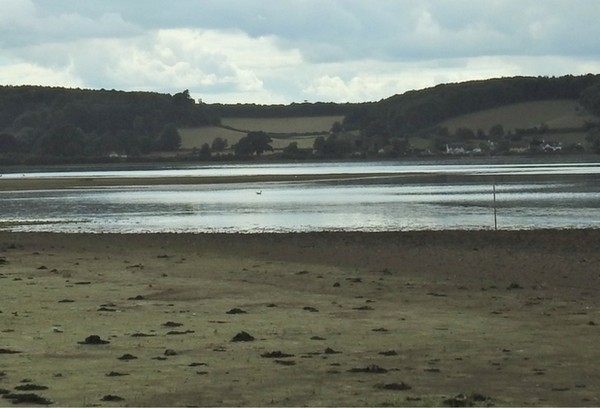 It seems other UFO experts aren’t convinced by the photo. Nigel Watson, the author of the UFO Investigations Manual, said:

“At the distance the object was photographed it is hard to guess its size and could have been a model aircraft, drone or a helicopter. It is just plain speculation that it was landing to abduct cattle or other livestock in the area,” and continued stating that “Surely by now the aliens have collected enough genetic material from our planet to create an army of hybrids.”

It seems John saw something else than an alien ship, but the man is convinced he witnessed an alien landing.