MobiPicker
News Cherry Mobile One – first Android One smartphone in Myanmar; launching on...
Share on Facebook
Tweet on Twitter
Deal Alert: 49% Off on ExpressVPN
Touted as #1 VPN in the world, ExpressVPN is now offering 49% off & an additional 3-months of service on its annual plans.

Google’s Android One initiative has covered the Myanmar making it an 8th country after India, Nepal, Sri Lanka, Bangladesh, Philippines, Indonesia, and Turkey, where the Android One smartphones will be sold. 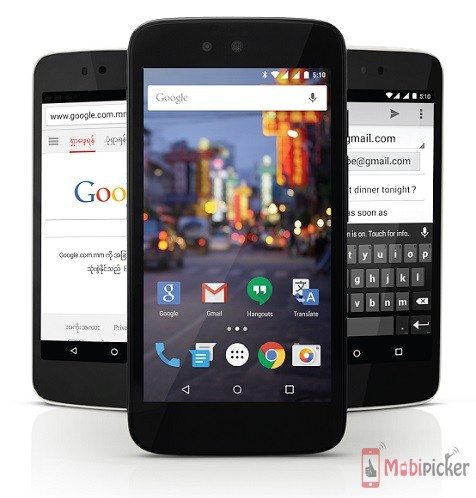 Cherry Mobile will be the Google’s OEM partner to produce Android One devices in Myanmar. The first mobile for the country will be Cherry Mobile One with dual SIM support and will be available for purchase starting June 26th at the price tag of MMK 1,09,000 (approx. Rs. 6,216 or $98).

In terms of Specification, the Cherry Mobile One sports a 4.5 inch FWVGA display and runs Android 5.1.1 out of the box. Powered by a 1.3GHz processor, coupled  with 1GB of RAM, it packs 8GB of expandable storage, 5 megapixel primary camera, a 2 megapixel selfie shooter, and a 1,700mAh battery.