MobiPicker
News Cherry Mobile Cubix Cube 2 to Launch in Philippines at Php 4,999
Share on Facebook
Tweet on Twitter
Deal Alert: 49% Off on ExpressVPN
Touted as #1 VPN in the world, ExpressVPN is now offering 49% off & an additional 3-months of service on its annual plans.

Cherry Mobile is all set to launch the second generation Cubix Cube smartphone in Philippines. Named Cherry Mobile Cubix Cube 2, the phone is expected to hit markets on November 11 during Lazada’s Online Revolution sale. The phone is already listed on Lazada with a price tag Php 4,999 (currently, the retailer has taken down the page, however, you can check out the cached page here). 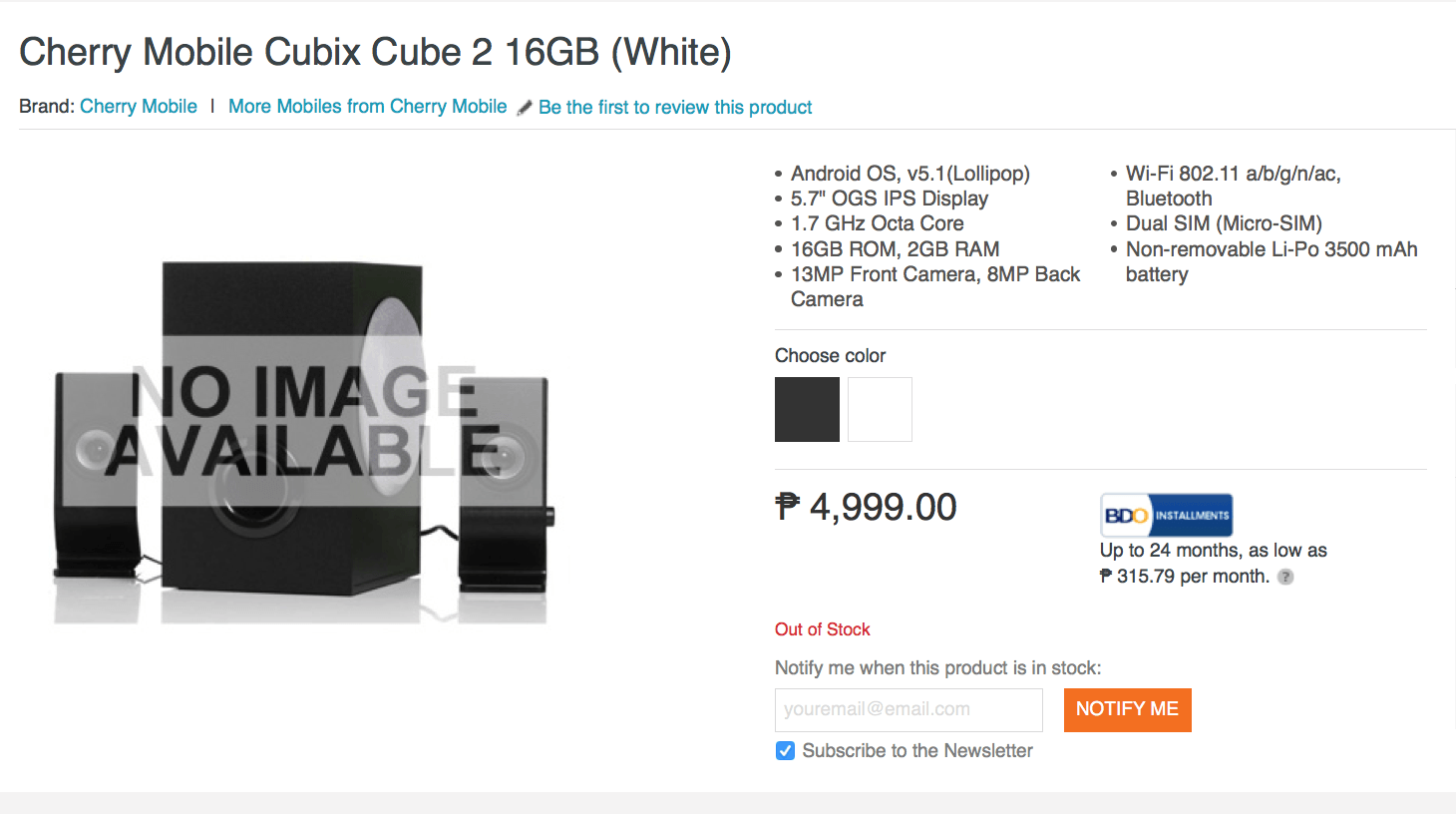 With 2GB of RAM and 16GB expandable storage (up to 64GB), the Cherry Mobile Cubix Cube 2 sports a 13 megapixel rear camera with LED Flash, and an 8 megapixel front-facing camera for selfie obsessed generation.

The handset is powered by an octa-core 1.7GHz processor. With Dual SIM capability, the device is juiced up by a 3,500mAh battery.

If you liked the not-yet official specs of the device, do not forget to check out the Cherry Mobile Cubix Cube 2 on November 11.