MobiPicker
How To iOS 10: How to Change ‘Press Home Button to Unlock’ Feature to...
Share on Facebook
Tweet on Twitter
Deal Alert: 49% Off on ExpressVPN
Touted as #1 VPN in the world, ExpressVPN is now offering 49% off & an additional 3-months of service on its annual plans.

iOS 10 comes with a whole bunch of new features – new lock screen, new messaging app, better notifications and 3D Touch application to name a few. While the iOS 10 is definitely worth the upgrade, there are some features users may find annoying. One of them happens to be the absence of ‘slide to unlock’ feature. With iOS 10, you now have to physically press the Home button to unlock your iPhone.

If you are someone who’s already wary of physically pressing the home button to unlock, don’t worry – there is an alternative! By default, unlocking requires a physical press on the home button, but there’s also a setting which allows your iPhone to act more like iOS 9 if you have Touch ID. This setting is called “Rest Finger to Open“.  The trick works with iPad as well – basically, you just need a Touch ID home button to use this setting. 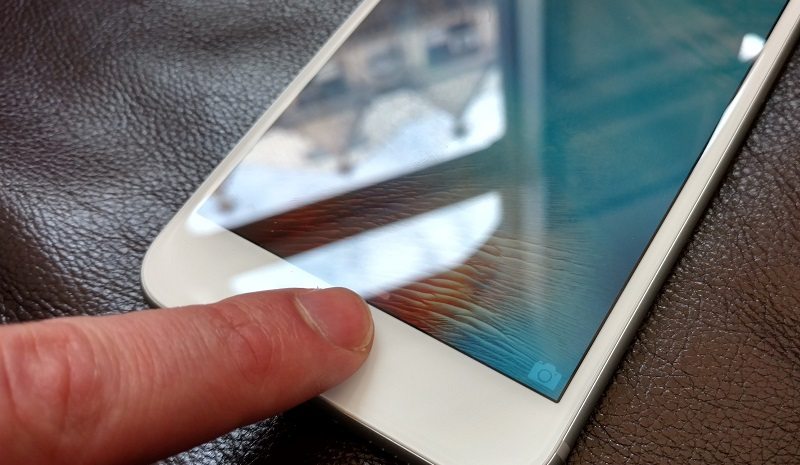 Rest Finger to Open – What’s that?

Rest Finger to Open – as the name signifies – implies the phone will unlock all by itself by authenticating the owner using the registered Touch ID fingerprints. This setting, once enabled, doesn’t require you to physically press the home button to unlock. In Apple’s words – the setting lets you “Open iPhone with Touch ID, without having to press the Home button.”

How to enable “Rest Finger to Open”

Rest Finger to Open is disabled by default. So you have to turn it on to be able to use it. Follow these steps –

Step 3: Toggle the “Rest Finger to Open” to enable the setting.

Once the Rest Finger to Open is enabled, you can unlock your iPhone by just placing your finger on the Touch ID sensor. When you place the finger on Touch ID, the device authenticates the fingerprint with the registered Touch ID fingerprint and unlocks the phone if the fingerprint matches. This isn’t, however, similar to the classic traditional ‘swipe to unlock’ feature but prevents you from repeatedly pressing the home button to unlock. Those who don’t like frequently pressing the home button can make use of this convenient feature and unlock the phone with Touch ID.

Why isn’t ‘Rest Finger to Open’ the default?

Apple probably hasn’t made the ‘Rest Finger to Open’ the default setting because it wants you to use the lock screen experience to view notifications and also check out widgets. But if you want to have the home screen in a jiffy, use the Rest Finger to Open feature to bypass physically pressing the home button every time you wish to unlock the phone.

Which method do you personally prefer? The physical press of the home button to unlock or the rest finger to open? Let us know your thoughts in the comments section.