For last 13 years, NASA’s Cassini has been whirling around Saturn, collecting data and snapping mesmerising images of the ringed planet and its icy moons. The spacecraft has led to some of the biggest discoveries about the worlds in our Solar System. But, as accomplished as it already is, it’s time for the mission to end. Cassini will soon start changing its course to a new path around the ringed planet, one which will eventually lead to the probe’s death! 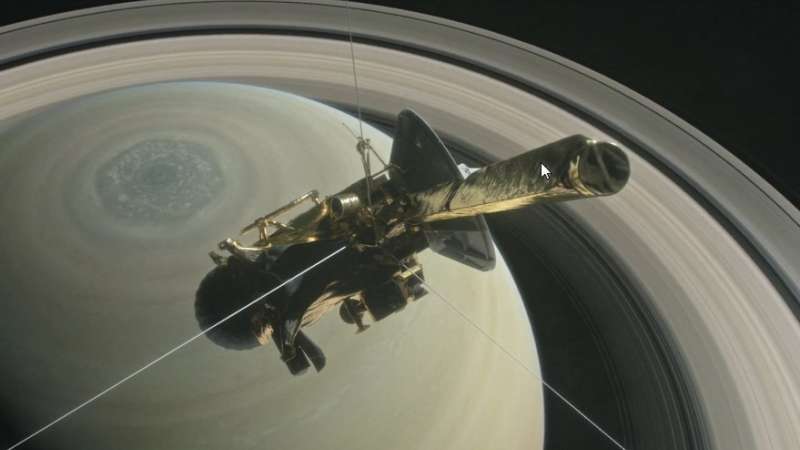 The sad demise of Cassini will come as a safety measure from NASA. After all, the spacecraft is running low on fuel and could go out of NASA’s control, potentially risking the only chance of finding pristine extraterrestrial organisms by contaminating Saturn’s moons with Earth microbes. Best bet, send the probe hurtling toward Saturn, where it will burn and eventually break apart.

But, before that end comes, Cassini has a lot to do. The vehicle fly close by Titan, the ringed planet’s biggest moon, which will reach out and pull the probe onto a new path, downward into the narrow gap between Saturn and its innermost rings, where no human artifact has ever gone. Cassini will be within 1,840 miles of Saturn’s atmosphere, its closest orbit yet around the planet. It will complete 22 full orbits at this altitude, one every week until Sept. 15, the day when it will crash into Saturn and be incinerated — a phase also touted as “the Grand Finale”.

The first orbit of the inner rings will begin on April 23 and will have its first pass through the gap between Saturn and its rings by April 26. The orbit is expected to conclude on April 29, where it will initiate the second dive.

During these dives, the probe will be getting an up-close taste of Saturn’s atmosphere, determining its internal structure with some of the most precise measurements of its magnetic and gravitational fields. It will also study the planet’s rings while collecting samples of its particle and ultra-close photos.

“What we learn from these final orbits will help to improve our understanding of how giant planets – and planetary systems everywhere – form and evolve,” NASA had said.