MobiPicker
How To How To Capture Facebook Videos on PC with Movavi Screen Capture
Share on Facebook
Tweet on Twitter
Deal Alert: 49% Off on ExpressVPN
Touted as #1 VPN in the world, ExpressVPN is now offering 49% off & an additional 3-months of service on its annual plans.

Have you ever come across a video of an event or important memory that one of your friends or relatives posted on Facebook and wanted to save it? Or maybe it was a funny video that you felt like downloading so that you could share it with others?

With so much great content on Facebook odds are you’ve come across one (or both) of those scenarios multiple times. But unfortunately, because Facebook doesn’t let you download its videos normally, you will need the help of additional software such as Movavi Screen Capture to do so.

Technically Movavi Screen Capture won’t ‘download’ the video, but will record it while it is playing on your screen. In some ways, this is actually preferable to using a third-party tool to download the video, as it will let you fully control what parts of the video are being saved. 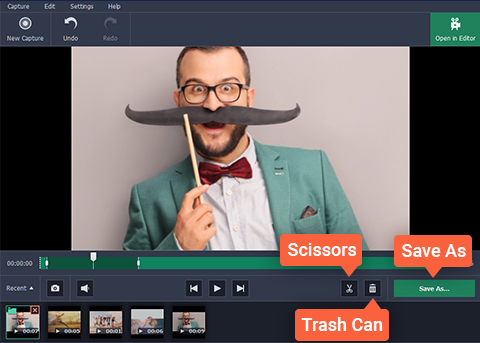 Rest assured it isn’t complicated to use Movavi Screen Capture to capture video from Facebook. To get started you can follow these steps:

If you want you can set the other recording parameters up in any way you feel like – but that should cover all that you need to do. It may help to use the hotkeys and timer in Movavi Screen Capture as it can help make things a little bit more convenient. In particular, if you set a timer for the recording you won’t need to stay around to stop it when it is done.

On top of that, before you save your video, you will have the opportunity to cut the video footage so that you can isolate and trim out segments that you don’t need. All you need to do is position the white marker in Movavi Screen Capture at the point where you want to cut the video and click on the ‘scissors’ icon.

As you can see with these tools it should be easy for you to record and save any Facebook video that you see fit. Rather than having to go online every time you want to reminisce over your favorite memories, you could have them conveniently stored on your hard drive and watch them whenever you please. 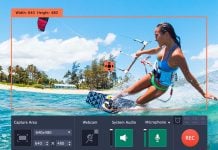 Recording Any Video Footage from a Screen with Movavi Screen Recorder