Candy Crush has been one of the mst favourite games for the smartphone users for a couple of years now. In the past two years, the creator of this addictive game spent almost $2.5bn on the puzzle game. This game was released in 2012 and was able to stand at the second top most game on Apple’s App Store in 2015. Another version of Candy Crush Soda Saga is on the fourth spot in the same tally. 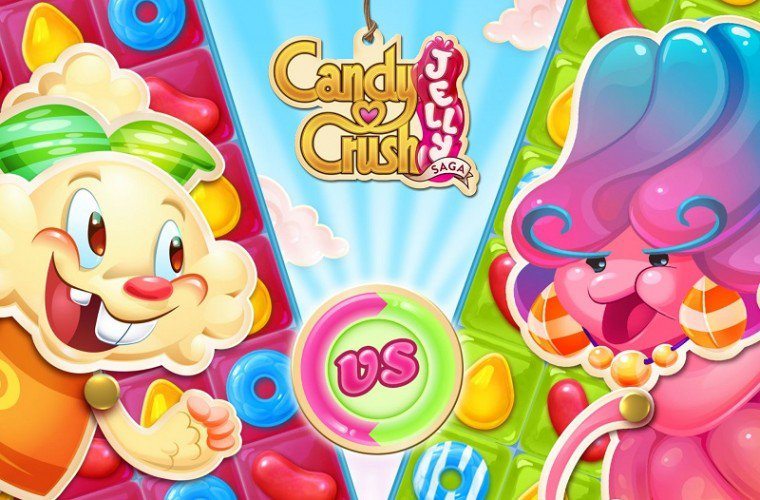 With these successes in the gaming industry, King has now come up with Candy Crush Jelly Saga. This new game has been designed in a somewhat different manner for iOS, Android, and Windows Phones.

The future of Candy Crush seems to be becoming a sister game to Skylanders, World of Warcraft, Destiny, and Call of Duty. The reason for the same is that there is a better possibility of acquisition of King by the known games publisher, Activision Blizzard, and it may happen during the coming spring.

In the new game, players are doing the same job what they had been doing in the other versions of Candy Crush, but here a player has to spread jelly across the board. Not only this, here you will have the “Boss Levels” where you have to deal with virtual foes. There are new characters in the game called Jelly Queen and Cupcake Carl.

As per the King’s senior Vice President, Tjodolf Sommestad, the company wanted to make the game more competitive and hence Jelly Saga is equipped with enemies. This inclusion of characters has raised a possible question whether players will be able to complete with other players or not.

Sommestad responded to this in a very affirmative way, and you may find yourself playing Candy Crush against your friends, family, and others. “The free-to-play games are to stay longer in the market and there could be some differences in the versions”, said Sommestad.