We have previously seen studies trying to figure out the best places to hide if a zombie outbreak were to take place. In fact, real estate experts even came up with a detailed list of the cities that could probably qualify as safe zones, as well as the ones that clearly wouldn’t. Continuing along that path, another group of researchers has now made an attempt to find out the answer to a more fundamental question: What are the odds of humanity surviving a major zombie outbreak (similar to the one depicted in the popular AMC TV show The Walking Dead)

Conducted by the students from the University of Leicester in the UK, the new study relies on math to delve into the possible impact of the zombie virus based a basic epidemiological model that illustrates how infectious diseases generally spread through a population.

The researchers based their work on the presumption that each zombie could find only one victim per day on average and has 90% chance of infecting the person one way or the other. Note that this set of presumptions made the zombie virus twice as contagious as the pathogen that caused the black death. In addition, the zombies were also estimated to have a lifespan of 20-days.

Based on these epidemiological premises, the researchers figured that only a few hundred survivors would be left within the first 100-days of the outbreak. More specifically, the figure could stand anywhere between 100 to 200.

The study, however, acknowledges that a number of other crucial factors such as birth and death rates were not considered for the sake of simplicity.

“Natural birth and death rates have been neglected since the epidemic takes place over 100 days, so the natural births and deaths are negligible compared to the impact of the zombie virus over the short time frame,” the researchers wrote in their study.

In a follow-up study, the same group of researchers accounted for the survivors being able to kill off zombies, as well as the reproduction rate of the populations. With those factors accounted for, the future of humanity did not appear nearly as bleak as it did in the first study.

“We investigate the SIR model applied to a zombie epidemic and introduce new parameters such as the rate at which zombies are killed,” the researchers wrote. “We find that it is actually possible for our population to survive the zombie epidemic under these conditions.” 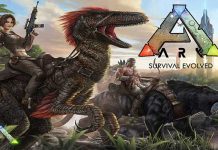