The waiting gets to a rest finally as Activision reveals the Call of Duty WW2 this evening. The game is developed by Sledgehammer Games and will be published by Activision later this year. It’s also announced that the full reveal of Call of Duty WW2 will take place next week. 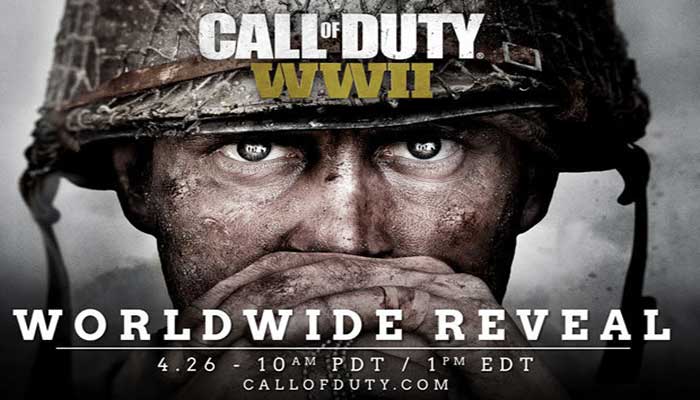 Activision revealed the game this evening with the first ever official Box Art and an official website as well. As the Activision promised earlier, the brand new Call of Duty WW2 will be going to its roots. The game will feature a WW2 era setting, depictions and story and will have a feel of the Battlefield 1 released last year.

The recent reveal of Call of Duty WW2 pretty much fits in line with Activision’s previous claims at the time of the release of the Ultra Sci-Fic Call of Duty: Infinite Warfare. In addition, the co-founder of Sledgehammer games, Michael Condrey also openly previously has stated that the game will be a fantastic return to “Boots on the Ground” combat.

Furthermore, in today’s reveal of the Call of Duty WW2, the only missing thing was the game’s trailer. But Sledgehammer games have confirmed today that a detailed gameplay footage will be revealed next week. A special live stream of the gameplay of Call of Duty WW2 is also expected. It will take place on 26th April at 1 pm in the North America and at 6 pm in the UK. The full official reveal of the game will also take place on 26th April 2017.

The official release date for the game is still unknown at the moment. But, some of the previous leaks suggest that the game will be fully released on November 3, 2017.  Let’s see what Activision and Sledgehammer Games has to reveal about the games official release on 26th April. The further reveal is scheduled on 26th this month on 10 Am PEDT and 1 Pm EDT.

In addition, its also unconfirmed at the moment that on what platforms the Call of Duty WWW2 will be available. It will also be cleared up whether Activision has plans for a Nintendo Switch port of the game or not.