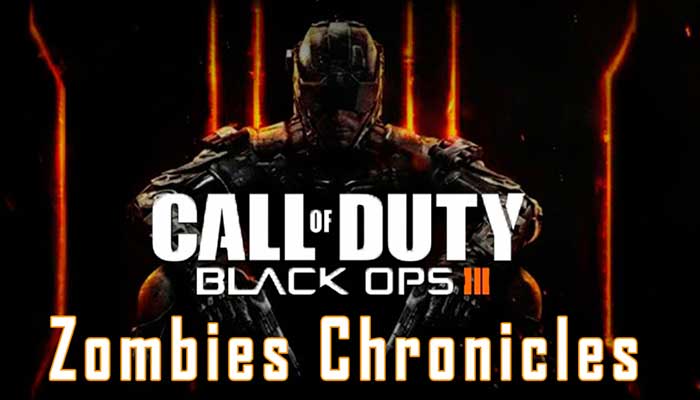 As CharlieIntel suggests, the Zombies Chronicles will be fully revealed today at 1 pm in North America and 6 pm in the UK. It’s highly likely that this could also be a PS4 release date, however, all the Xbox One and PC fans will have to wait another 30 days.

The Zombies Chronicles was first spotted by some fans on the ESRB Rating Board website. But, shortly after it got a massive attention, the post was removed from the ESRB site. This update suggests that it will most probably launch as a standalone release. It’s also possible that it will release as a part of the Call of Duty: Black Ops 3 Game of the Year Edition.

Furthermore, it is also speculated that the maps will include Nacht Der Untoten, Verruckt and Shi no Numa from COD: World at War, Kino Der Toten, Ascension, Shangri-la, Moon, and Origins from the popular COD: Black  Ops, and COD: Black Ops 2.

Following is the full detail of the possibly included Remastered maps in the Zombies Chronicles.

Moreover, the new Zombies content will also be included in this year’s  game, and some CODWW2 fans have already discovered some clues about that. 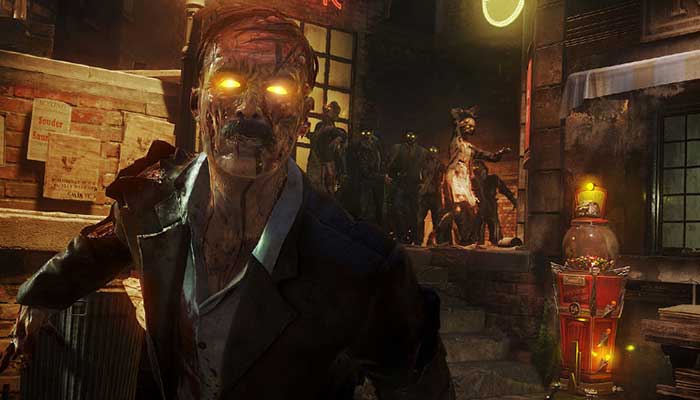 Recently the Sledgehammer Games have launched a new interactive teaser website. Fans have been busy mining for some clues and facts about the new Zombies mode. The fans have found out that, a series of jumbled up letters appears on the helmet on the Zombies mode teaser image. These letters include “IUFDJ BHLOP JUMBA”. These letters are only visible in a special light.

Typing these letters while using a decoder on the site unlocks a file that contains two images. According to some Reddit users, the image on the left side is somehow linked to the Operation Barbarossa. The image represents Nazi forces and tells the story about their invasion in the Soviet union. However, the right side image is of one of Raphael’s paintings. It named as Portrait of a Young Man. This particular painting was lost during the World War 2 era.

Both of these images refer to the speculation that the game is set in a World War 2 era setting. In addition, when the fans write the codes from the helmet into the decoder, a short message appears on the screens. The message states; “A New Horror Rises”.

The typewriter also features Dunkirk in France Co-ordinates as well. The Dunkirk in France is the location where the Siege of Dunkirk took place in the history. Although, it not so much to go on about, but it really points towards some new battles and locations that might be going to appear in the Zombies mode.