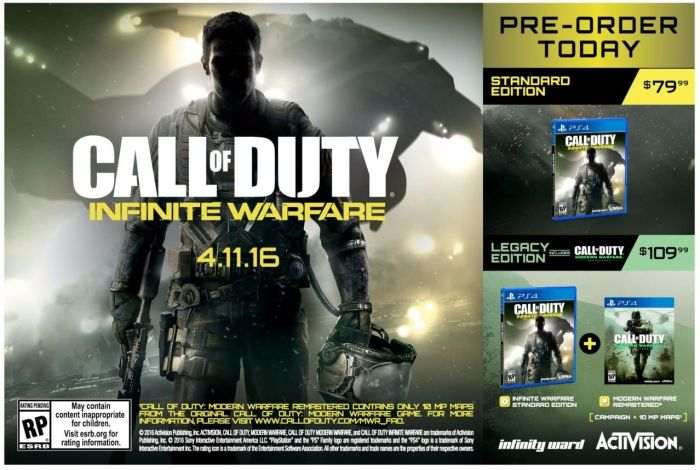 Infinite Warfare, on the other hand, is rumoured to be set in the far-future, involving space warfare. While this rumour originally broke thanks to Shinobi602, a renowned leaker from games forum NeoGAF, it has since been corroborated by various images of the above box art, which depicts what appears to be a spacesuit, and in the background, some kind of spaceship. It remains to be seen how the game will be able to differentiate itself from the many other sci-fi shooters on the market, such as the Halo franchise or Destiny.