The much awaited iOS 10 update is finally here and users are already enjoying the new features that the upgrade offers. Featuring a new lock screen, a new messages app with bubble effects, better notifications, 3D touch application, redesigned apple maps and much more – the iOS 10 is definitely worth the upgrade. The revamped messaging app now comes with background animations, bubble effects and provides you the option of sending drawings, heartbeats or pictures next to the message field. 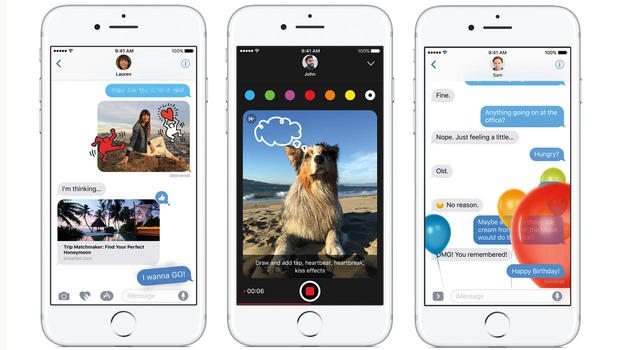 The new bubble effect feature for iMessage brings four messaging options – Slam, Loud, Gentle and Invisible Ink. While Slam, Loud, and Gentle offer different animations when messages appear, the Invisible Ink actually blurs the message to keep it hidden until the receiver decides to swipe to view it. To use the new bubble effect features, all you have to do is press and hold the send button on a message thread. This brings up a menu screen. On the top of the menu screen, you’ll see Bubble Effect. Tap on the dots to the right. You can now choose among the four effects we just described.

But it looks like several users are facing issues with Invisible Ink. From “I can’t figure out how to use invisible ink” to “how to use invisible ink” – twitter is flooded with questions. Bubble Effects is actually a cool new feature. In fact, many users want to use the Invisible Ink for reasons that are obvious, but have been running into trouble because they somehow haven’t been able to get this feature to work.

How to get Invisible Ink working

Now go back to Bubble Effect and you should be able to use Invisible Ink flawlessly. Did this post help you to get Invisible Ink up and running? Let us know in the comments section!