So here we are — another day, another crazy story surrounding the so-called traces of intelligent life on Mars. This time, several sources — the vast majority of them being alien enthusiasts and conspiracy theorists — are claiming that they have spotted tall towers aligned in a perfect straight line.

If you remember, a similar claim was made last month when several alien enthusiasts thought they had spotted a brick wall in an image of Martian soil captured by NASA’s Curiosity Rover.

Coming back to the new claim, created by intelligent civilization or not, the tower-like objects indeed make a fascinating discovery. As always, it has bolstered the belief harbored by many that Mars has many more interesting secrets to reveal — secrets that will someday prove it beyond doubt that the Red Planet was once teeming with advanced life forms capable of building monumental structures.

The speculations surrounding these towers have been rife ever since a new video was posted on the YouTube channel Mundodesconocido.

According to the author of the video, three towers, each about three miles tall and arranged in a perfect straight line, stand proudly on Mars even today. This can be no coincidence, especially considering the signs of seemingly advanced technology all over the structures, the video states.

To back up his claims, the author of the video also presented 3D renderings of the three towers in addition to the original blurry images captured by the Mars Global Surveyor and Mars Odyssey missions.

Meanwhile, NASA is expectedly dismissing these claims citing that the truth is actually a lot simpler and less jaw-dropping. According to scientists familiar with the tall objects, they were formed naturally and actually may look not-so-perfect from a close up view.

They further state that some people see them as towers only because their brains are trying to find familiar patterns to provide an explanation to the unknown objects in the original images sent by Mars Global Surveyor and Mars Odyssey missions. Known as pareidolia, this psychological phenomenon is intrinsic to all humans whereby they can knowingly or unknowingly seek out for familiar patterns in objects even when there is none. (Pareidolia is the reason why we see faces or animals among clouds and other inanimate objects.) 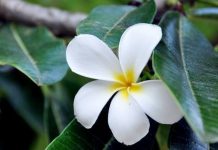 Mars Colonization: Engineers Have Figured a Way to Make Bricks on Red Planet for Human Settlement