Clash Royale is an immensely popular game. Developed by Supercell, the game borrows heavily from the insanely successful Clash of Clans, with differences in the way troops are trained, attack and defense strategies and other multiplayer game tactics. Those who were getting increasingly frustrated with the large wait times for training army switched to Clash Royale for a more real-time army training and the wider range of troops and cards the game offered. Now, it looks like the game has a competitor – not in the mobile space but in the PC space! 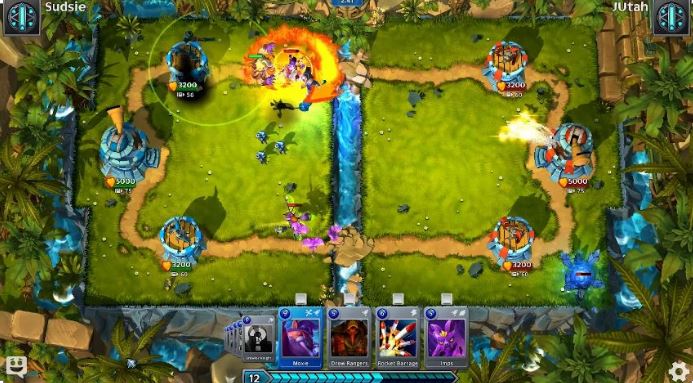 In what is being viewed as a “clone” of Clash Royale, Brawl of Ages offers gameplay that’s strikingly similar to Clash Royale. A free-to-play multiplayer collectible card arena game, Brawl of Ages offers players short and intense matches. Players get to build and customize a “deck” from the numerous cards available, just like in Clash Royale. Players can deploy units, place buildings and summon powerful totems and unleash a torrent of spells to dominate the battlefield.

The whole philosophy of Brawl of Ages design takes a dig against “slow and painful progression”. The game’s design, as the developers claim, is based on the philosophy that all types of gamers are to have a fun time competing against each other in fair & balanced matchups. It avoids game models that feature power multipliers, gated content, slow and painful progression and unfair matches due to pay-for-power.

The game is developed by S2 games and is available via Early Access on Steam. The commercial launch of the game is however expected to happen later this year. Marc DeForest, CEO S2 Games, said in a press release –

“As we developed Brawl of Ages and took feedback from the closed beta, we were inspired by several real-time strategy, MOBA, role-playing game, and Tower Defense games as we wanted to hit the key features of these games with none of the drawbacks typically found in these genres. Brawl of Ages was designed with casual and competitive gamers in mind so players can quickly enjoy an intense action-strategy game or dig deeper and create unique decks and strategies as they rank up over time”