MobiPicker
News Culture Brad Pitt And Sienna Miller Dating Rumors Busted; Angelina Jolie Buys $25...
Share on Facebook
Tweet on Twitter
Deal Alert: 49% Off on ExpressVPN
Touted as #1 VPN in the world, ExpressVPN is now offering 49% off & an additional 3-months of service on its annual plans.

Brad Pitt and Sienna Miller dating rumors have been found to be untrue. Recently the actor was spotted enjoying ‘happy times’ with the actress of his latest movie, “The Lost City of Z.” Pitt’s production company Plan B has produced the flick. Also, reports indicate Brad Pitt is behind the purchase of a $25 million mansion by Angelina Jolie in LA. Is she still concerned? Check out in detail!

According to New.com.au, Miller has simply dismissed the flirting rumors with the ex-husband of Jennifer Aniston. While talking to media sources, the actress said that she is not even going to dignify it. She believes that  it is just silly and predictable.

Few of the previous reports said that Miller and Brad Pitt were spotted enjoying each other’s company and talking to each other all the night. Incidentally, the Oscar-winning producer is recently looking quite svelte, especially since his split from the estranged wife Angelina Jolie. Many people thought it to be the influence of Miller. 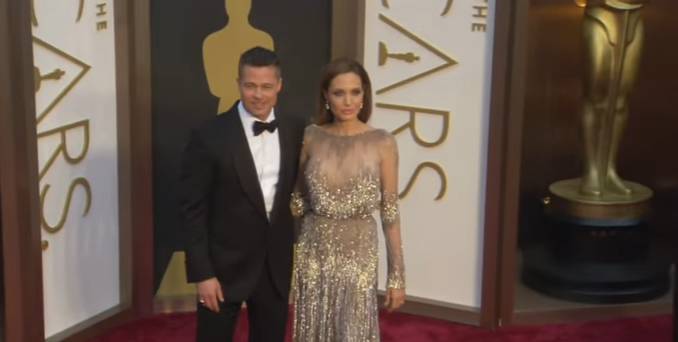 However, the director of “The Lost City of Z,” James Gray spilled out the inside details. He said that it is because of the weight-loss competition between the co-stars of the movie, Robert Pattinson, and Charlie Hunnam.

According to E! News, the “Lara Croft and Tomb Raider” actress offered $25 million to purchase the massive estate of late director Cecil B. Demille in Los Feliz. Stretched across 2.1 acres of land, the 7,500-square-foot home is styled in Beaux Arts. It has six bedrooms, plus ten baths. Other amenities include a gym, a pool house, rose gardens, fountains, a studio having a separate entrance, library, rolling lawns and many other things.

Previous reports indicated that Angelina Jolie was shifting to London where she would be teaching at the London School of Economics. However, she decided to return to Los Angeles. It is because the actress intends to have her children a good relationship with their father. Since Brad Pitt who also leaves in L.A., Jolie decided to buy a home in the vicinity

So, at present, the main focus for Brad Pitt and Angelina Jolie is to stick together as a family.