MobiPicker
News BQ Aquaris E4.5 Ubuntu Edition – First Ubuntu Phone Launched in India
Share on Facebook
Tweet on Twitter
Deal Alert: 49% Off on ExpressVPN
Touted as #1 VPN in the world, ExpressVPN is now offering 49% off & an additional 3-months of service on its annual plans.

BQ has launched a new smartphone called BQ Aquaris E4.5 Ubuntu Edition in India with a price tag of Rs. 11,999. The phone is available for purchase through online retailer Snapdeal. As the names suggests, the BQ Aquaris E4.5 is powered by Ubuntu Touch operating system. 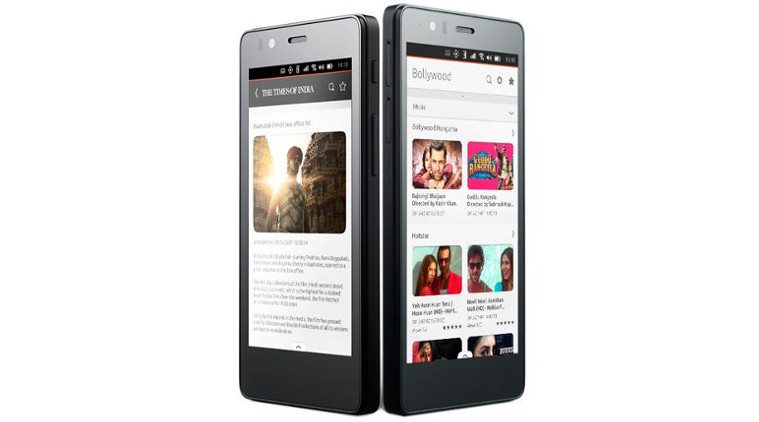 In terms of specs, the BQ Aquaris E4.5 Ubuntu Edition has 4.5-inch display with 540 x 960 pixels of resolution and 240ppi pixel density. It is powered by a 1.3GHz quad-core processor with a Mali 400 graphics processor. The phone packs 1GB of RAM, 8GB of internal storage, which is further expandable upto 32GB by using microSD Card.

The phone sports an 8 megapixel back camera with dual-LED flash and a BSI sensor, while a 5 megapixel front-facing camera keeps you active with shooting selfies. The Aquaris E4.5 Ubuntu Edition has connected with GPS/ A-GPS, microUSB with OTG, Wi-Fi 802.11 b/g/n, Bluetooth 4.0, 3G (HSPA+), and FM radio. The phone measures 137 x 67 x 9mm and weighs 123g. A 2,150mAh (Li-Ion) battery keeps all the features active.