Vault Hunters! Finally, we get some actual concrete teasers as to what Borderlands 3 is going to be and where we’re going. And it seems that we’re leaving Pandora to go back where it all began. There’s also a good chance they will have a lot of vault hunters in this game instead of four or six.

Borderlands 3 will be set on the planet Promethea

Last week Gearbox released the first story DLC to Battleborn and it adds an easter egg that hints at a brand new location for Borderlands 3. Go into a private solo match for the newly released story mission. Right at the start mission, head to the small alcove and turn right immediately. You’ll see some bars and behind those bars will be written “Promethea” with the famous Borderlands sign of a circle and upside down V in the middle of it.

That would be cool, but we’re hoping it’ll be set on multiple planets so we can go back and visit some BL1/BL2 (and maybe even TPS if Elpis is included) locations and see how they’ve developed, just like BL2 did with the Arid Nexus. There wouldn’t have to be anymore vaults on Pandora, but we imagine the planet could still be really important enough to have some missions set there.

However, the most important question is, Will the next Borderlands be a prequel? Doubt it, the last cutscene suggested we will be playing after the planet was found. We’re going to go on a limb here and say the queen/King of this new/old planet is fed up with vault hunters stealing from their vaults and now wants to get rid of them. But you have an alien on your side that will get you through. But that’s all just speculation from our end. Do let us know your thoughts in the comments. 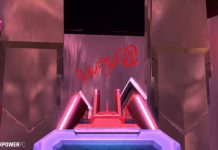