MobiPicker
News Bluboo Xfire Available for Just $65.99 Till Stocks Last
Share on Facebook
Tweet on Twitter
Deal Alert: 49% Off on ExpressVPN
Touted as #1 VPN in the world, ExpressVPN is now offering 49% off & an additional 3-months of service on its annual plans.

Bluboo is continuously making news by coming out with excellent smartphones with features that beat those in the OnePlus 2 and iPhone 6. That’s the Bluboo Xtouch we’re talking about. However, let’s take a flashback to Bluboo’s first major attempt in the global smartphone market. We had reported in August that Bluboo would be coming out with the world’s cheapest 4G LTE smartphone and it would be named the Bluboo Xfire. Well, we have spotted the phone on sale at Everbuying, so let’s see what it really has to offer. 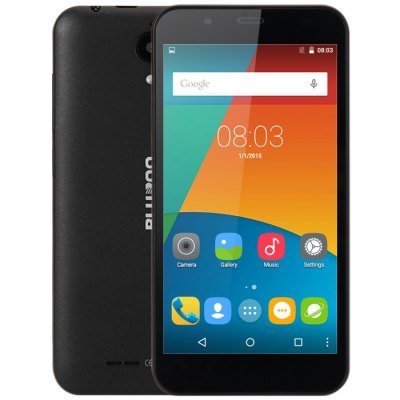 The Bluboo Xfire looks plain, decent, and not too stylish, thanks to the plastic matte body. It sports a 5-inch 960 x 540 IPS display, which is surprisingly not a HD display but should do its job nicely. Under the cover is a 64-bit MTK6735 Quad Core processor clocked at 1.0GHz, while there’s a Mali-T720 for handling the graphics. The phone gets only 1GB of RAM and 8GB of internal storage. Do not expect any high-end performance with these specs, as they are just enough for normal usage and light multi-tasking.

The Bluboo Xfire features an 8MP camera at the back and a 5MP camera at the front. A removable 2,750mAh battery sits behind the cover. The phone comes pre-installed with Android 5.1, but it is compatible with MIUI and CM in case you are interested in flashing those ROMs in this phone. The Xfire supports FDD LTE 4G networks and sports dual SIM slots.

Coming to the pricing, the Bluboo Xfire can be bought at Everbuying for just USD $ 65.99  (Limited to 200 stocks), starting 11th Nov at 11: 11 UTC. The smartphone is perfect for somebody who just wants a 4G phone for browsing and chatting and does not intend to do any multi-tasking or gaming with it. Would you buy it?