BLUBOO S8 is said to be BLUBOO’s version of Galaxy S8. In other words, the BLUBOO S8 will be coming with a full-screen display like the Galaxy S8. A previous report has revealed that the BLUBOO S8 would be driven by MediaTek Helio X30 chipset. The Chinese firm has recently confirmed that the BO-OS Android security system that it has built in collaboration with 360 Security will be made available on BLUBOO S8.

Recently, Petya, a malware that is more powerful than Wannacry had surfaced earlier in this month starting in Ukraine, Russia, and European nations. Compared to Wannacry, Petya infection is spreading faster even through smartphones. In order to eradicate the issue, R&D department of BLUBOO had held an emergency meeting on Smart Phone Security Performance. Soon, BLUBOO collaborated with 360 Security to give birth to BO-OS. 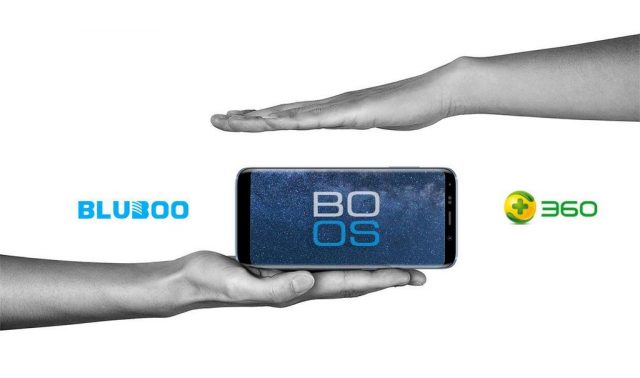 360 Security is a well-known brand that has various security software for PC and mobile devices. BO-OS on BLUBOO S8 will concentrate on improving security and privacy. This shows that the BLUBOO S8 will be known for its amazing appearance and impressive specs but also for its robust security.

The BLUBOO S8 will be featuring a 5.7-inch full-screen display from Sharp that will offer an aspect ratio of 18:9. It will be carrying support for HD+ resolution of 720 x 1,440 pixels. It is the first MediaTek chip driven smartphone to come with a full-screen display. The 4 GB RAM model will be coming with 64 GB storage. The 6 GB RAM variant of BLUBOO S8 will include a storage of 128 GB. It will be running on Android 7.1.1 Nougat OS.  It would be sporting a rear-mounted fingerprint reader.

BLUBOO engineers are currently testing the phone and it seems that the amazing phablet will be available for purchase as early as next month.  For more details on BLUBOO S8, readers can visit the official site of the company.