4G technology is one of the most quickly adopted tech right now; we see tons of 4G LTE supported smartphones launching every other day. Though we have so many 4G powered Android devices all we need is a proper chipset that has supports it so that the modem can take full advantage of the LTE speeds. MediaTek is one of the most famous companies that provides chipsets for smartphones and wearable tech; the company has three major true Octa-Core chipsets that support 4G LTE; the chipsets in the talk are MT6755, MT6750 and MT6753. Let’s go little deep about the chipsets in detail.

MediaTek MT6755 is a third generation MediaTek powered chipset that comes integrated with 4G World Mode modem with LTE Cat-6 that supports 2×20 carrier aggregation with 300/50Mbps data speeds for cutting edge connectivity and transfer rates. The chipset can go as high as 2GHz clock speed adopting 64-bit Cortex-A53 CPU for fastest performance in the mainstream segment. When we talk about the gaming and intense graphic performance, the chipset comes with powerful dual-core 64-bit Mali-T860 graphics core clocked at 700MHz which promises to deliver uncompromised user experience.

The MT6755 chipset has support for Full HD display at 60fps, thanks to the MediaTek‘s suite of MiraVision 2.0 display technologies, including UltraDimming, BluLight Defender, and Adaptive Picture Quality. Gaming and user experience is not everything; the chipset supports up to 21MP single camera/16MP + 8MP dual camera with TrueBright ISP engine for greater sensor light capture. To put in simple, MT6755 is one such chipset that has the raw power to provide flagship-level performance on a tight budget.

Other MediaTek powered real Octa-Core chipset is the MT6753 which keeps its focus mainly on the mid-range market that comes equipped with lower configuration giving the user a choice to get an Octa-Core processor with wider options in a budget segment. The MT6753 is based on ARM Cortex-A53 64-bit processor with ARM Mali-T720 graphics and has support for Full HD display and 16-megapixel image signal processor that also supports high-end camera applications.

And now finally the MT6750 Octa-Core chipset that is a perfect blend of both MT6755 and MT6753. Just like MT6755, the 6750 also has support for worldwide 4G spectrum and enables Carrier Aggregation for much better speeds on the go.

Talking about the processing power, the MT6750 is based on Cortex A53 (clocked at up to 1.5GHz) and also adds the modern Mali T860 dual GPU (up to 650MHz in MT6750T variant). Also, MT6750 supports as much as 4GB of LPDDR3 memory (up to 833MHz in MT6750T variant). Simply put, MT6750 is a perfect mix of MT6755’s flagship-level performance and MT6753 price/performance ratio. BLUBOO Maya Max world debuts the MT6750 chipset and is one such smartphone that stands outs to be a perfect example for worth every penny. 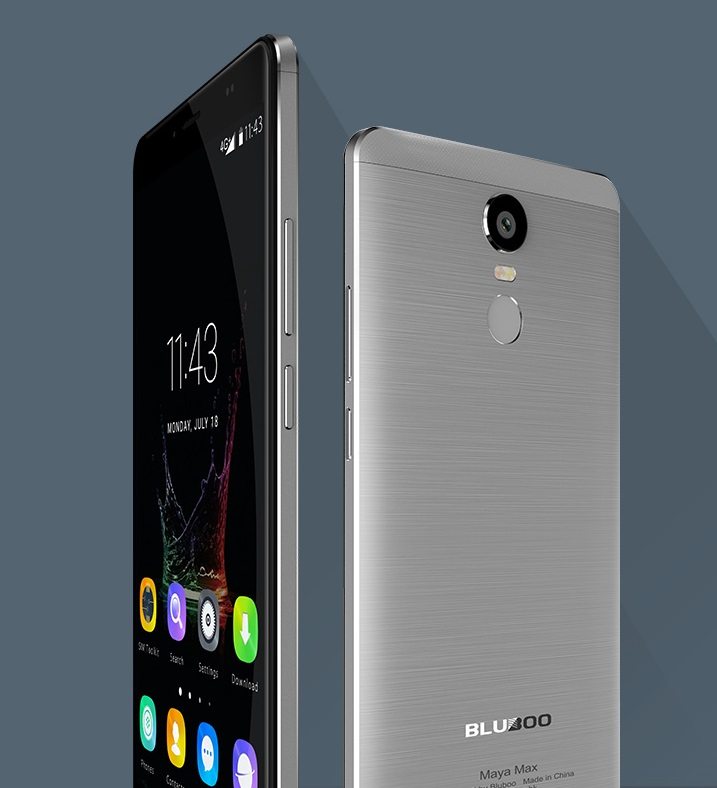 Additional features include a fingerprint sensor that can unlock the device in under 0.1s according to BLUBOO, 6000 series aluminium alloy body. Connectivity features include 4G VoLTE Cat 6, Dual SIM slots with Dual standby, WiFi 802.11b/g/n, Bluetooth 4.1, GPS, USB Type-C port. It runs on Android 6.0 Marshmallow right out of the box and packs a massive 4200mAh battery with Quick charge support on board.