Bluboo has come out with its new smartphone called Bluboo Maya. The phone carries excellent hardware for the little price tag it carries, but that’s not all. Bluboo has also launched a new protective film called “explosion-proof film” for Maya’s display. This screen guard can protect your phone’s display from scratching and breaking. 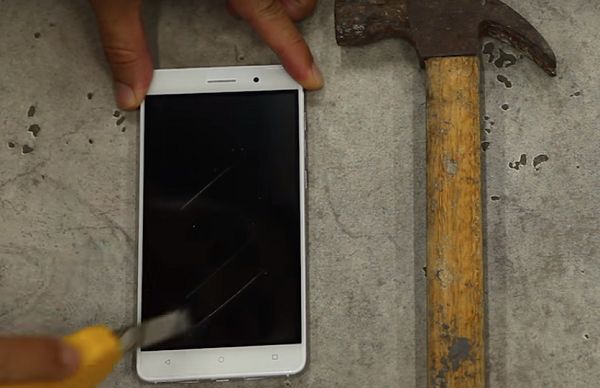 As you can see in the test video below, even after several hammer hits, the display remained intact and the protective film took all the hit even without leaving any marks. Next up, the screen was scratched with a box cutter. Again, the “explosion proof” film got scratched badly, but the display underneath was unharmed.

It has been shown in the video that the protective film is made of different layers of films that do not allow the damage to reach the display. So yes, it should be pretty tough and will make your Bluboo Maya more durable, especially for those who are careless with their smartphones.

Bluboo is holding an event where limited units of the Bluboo Maya will be available to buy at just $9.9, and if you get that deal, the explosion-proof film will be given free to you.p the 9.9 deals of Maya. To know more about Bluboo Maya specifications, you can visit the official Bluboo site.