As a relatively late entrant to the overcrowded smartphone market, Bluboo had no choice but to begin its journey under the dominance of much bigger brands such as Apple, Samsung, and Xiaomi, among others. But thanks to its rapidly expanding portfolio of powerful but budget-friendly products, the company is making a name for itself in the competition. Sure, it is yet to emerge as one of the best-known brands coming out of China, but if Bluboo can maintain the same level of growth it has maintained so far for the next couple of years, it will surely have a major impact in the competition at the top-level.

Over the past few months, the company has announced some rather interesting phones including the Bluboo Picasso 4G, Bluboo Mini, Bluboo Dual, and Bluboo Edge, all of which will be previewed at the HK Global Sources Mobile Electronics ExhibitionGlobal Sources Mobile Electronics Exhibition in Hong Kong from October 18th to 21st. Of all these devices, the Bluboo Edge seems to be drawing the highest level of anticipation – courtesy, its sleek build with a curved display and no size bezels. 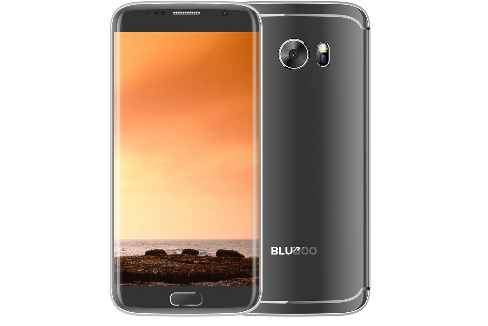 If you remember, Samsung Galaxy S6 Edge was the first major product to introduce (and popularize) the concept of curved displays and minimal bezel.

If you remember, Samsung Galaxy S6 Edge was the first major product to introduce (and popularize) the concept of curved displays and minimal bezel. Ever since, other companies have followed suit including the likes of Vivo (Vivo XPlay 5), and now Bluboo.

Bluboo has already shared an image of the Edge, and as you can see, the handset looks quite sleek (with some resemblance to the Galaxy S7 Edge). The Home button right beneath the display probably serves the secondary purpose of a fingerprint scanner. As for the other specs, Bluboo Edge comes with MediaTek 6737, meaning it will be either an entry-level or at best a mid-range device. By the logic, you can expect 2GB or 3GB RAM and Android 6.0 Marshmallow alongside other standard specs and features devices in that category generally comes with.

As for availability, the Bluboo Edge release day is rumored to be set to fall in November 2016.