MobiPicker
Mobiles Android Bluboo Edge with 5-Point Multitouch OGS Display Brings New Interaction Experience
Share on Facebook
Tweet on Twitter
Deal Alert: 49% Off on ExpressVPN
Touted as #1 VPN in the world, ExpressVPN is now offering 49% off & an additional 3-months of service on its annual plans.

The Chinese company Bluboo is well-known for offering stock Android smartphones at incredibly low prices. Of late, the company has been busy working on new smartphones. The company has recently released Bluboo Picasso 4G, Bluboo Mini and Bluboo Edge. Of the three, Bluboo Edge is the most striking and appealing smartphone. With a dual curvy design, the device looks stunning.

Bluboo Edge comes with 5.5-inch display and employs OGS technology for higher transparency and light weight. When compared to other displays the OGS screen produces richer colors and higher contrasts.

Well, it may seem that an affordable smartphone will not do well in the gaming department. But Bluboo Edge is excellent when it comes to gaming. The 5-point multi-touch screen allows for smoother interaction with the device and brings a whole new user experience. The traditional single-touch or two-point touch hasn’t been able to keep up with the increasing demand of smart interaction. 5-point touch addresses this problem, making the phone an excellent gaming device.

Massive Storage and A Great Camera

iPhone 7 Plus vs Bluboo Edge

Surprised that we are comparing iPhone 7 Plus with Bluboo Edge? Well, to prove the premium display Bluboo Edge offers, there’s a video on YouTube that compares Bluboo Edge’s video playback performance with iPhone 7 Plus. The company claims that when compared to iPhone 7 Plus display, the Bluboo Edge is in no way inferior in terms of color saturation, clarity, and details. Take a look at this video – 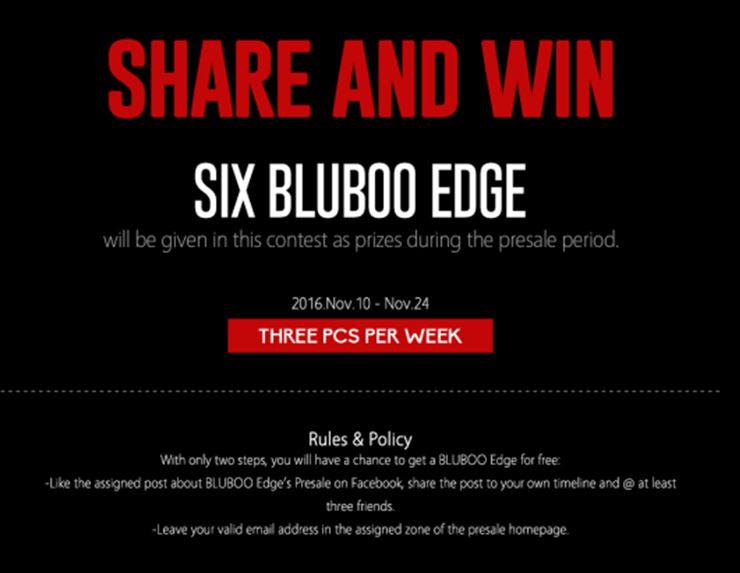