Blu has unveiled a new tablet dubbed as BLU Touchbook G7. The slate is listed on the company’s official website, as well as Amazon US with a price tag of US$89. Its comes in Gold, Grey and White colour options. 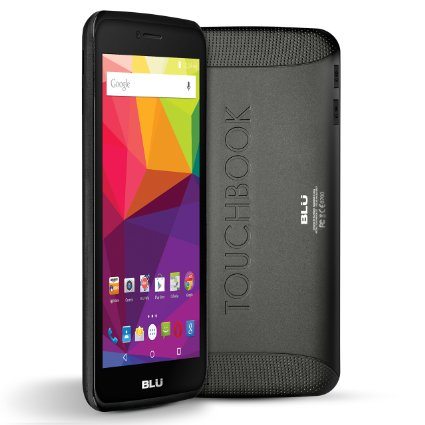 The BLU Touchbook G7 comes with a mini-SIM slot and features voice calling. Its WCDMA 850/1700/1900 bands are supported by all major carriers; AT&T, T-Mobile, Cricket, Straight Talk and others.

Powered by a MediaTek MT8312 chipset with dual-core 1.3GHz processor, it packs 512MB of RAM, and ARM Mali 400 GPU. On the storage side, there is 4GB built-in space, with 64GB microSD card support.

The BLU Touchbook G7 is built around 7-inch display with 600 x 1024 pixels of resolution. There is a 2 megapixel camera on the back, and a VGA shooter at front. Android 5.0 Lollipop comes pre-installed.