BlackBerry might be just months away from having a tremendous hit on its hands with the BlackBerry Venice. The slider features curved edges on either side of the display, a front-facing speaker, and an 18MP back-side camera. Other leaked specs additionally sound quite enticing, including a 5.4-inch display with a 1440 x 2560 QHD screen resolution. The Snapdragon 808 is thought to be powering the cellphone, taking a hexa-core 1.8GHz processor with the Adreno 418 graphics processor. There is 5MP selfie camera, and 3GB of RAM resides inside the phone. 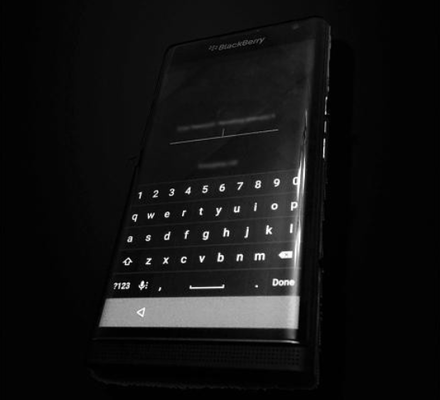 A fresh image (via – Crackberry) purportedly revealing the BlackBerry Venice has been detected, and reveals the onscreen virtual keyboard which will apparently accompany the physical QWERTY which comes using the slider. Many Android users are intrigued with this particular apparatus since it was first shown by BlackBerry at the MWC.

The BlackBerry Venice might additionally have a variant that’s powered by BlackBerry 10.3. The smartphone is likely to be published in November in time for the holiday shopping season. We expect to see it offered by AT&T and T-Mobile.