For those who are T-Mobile subscribers and want to get their hands at the BlackBerry Priv with a T-Mobile contract, we have got some good news for you. A report from PhoneArena claims that the Priv is coming to T-Mobile soon in January itself. 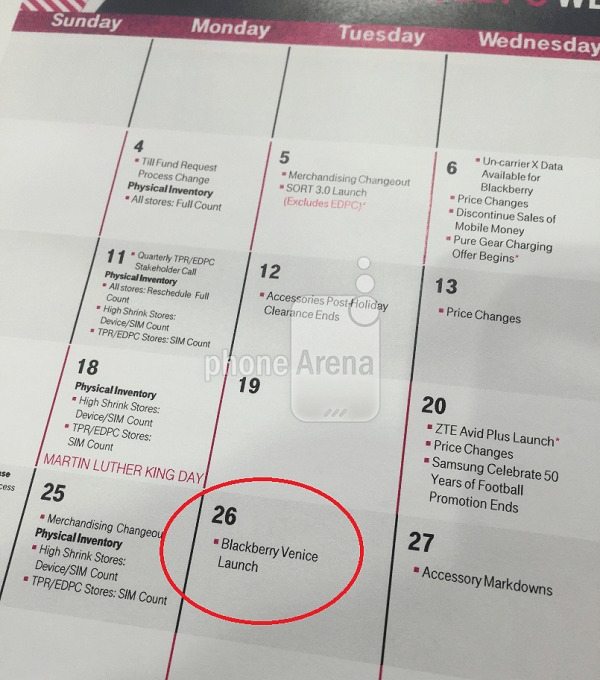 As of now, buyers in the U.S. have the option to buy the Priv from BlackBerry’s official online store, B&H Photo sites, Walmart, or AT&T. A Verizon and a Big Red variant is rumored to be coming soon. Meanwhile, T-Mobile hasn’t officially announced whether it is interested in offering the Android slider phone, but this new rumor plausibly suggests that the Priv will be available on contract soon via T-Mobile.

The leaked calendar also has a launch on 20th January for a phone called ZTE Avid Plus. Let’s see what the last week of January brings for BlackBerry fans.