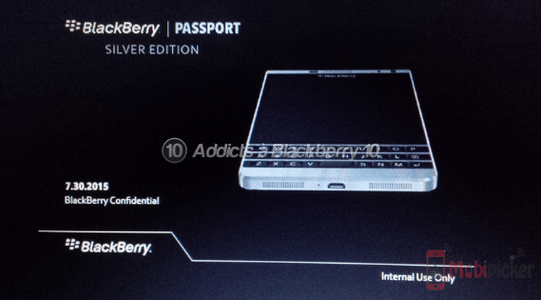 Even with the leaked picture, we propose taking this narrative using a grain of salt. If accurate, then Passport Silver Edition will feature a 4.5-inch screen with a 1440 x 1440 pixel resolution. The square display, allowing one to “Work Wider,” carries a 453ppi pixel density. The Qualcomm Snapdragon 801 chipset drives the smartphone, which has a 2.3GHz quad core processor and the Adreno 330 GPU.