It is not the very first instance we’ve seen the BlackBerry Passport coated with precious metal, but this time it is directly manufactured by the Canadian company. A Limited Edition Black and Gold Passport was announced earlier this week to target rappers and flashy professionals. Those have approached third party shops for customization until now. 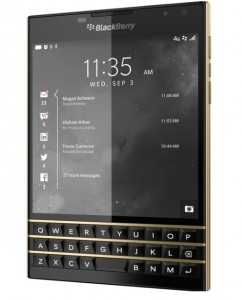 The stock outer frame has been replaced with a gold plated frame engraved with “Limited Edition”, along with a serial number. Gold accents are added to the phone’s keyboard row separators. The standard polycarbonate back is now covered with soft calf leather and has got a high-end luxury touch.

Just 50 pieces of the Limited Edition Black and Gold Passport have been made for now, each priced at $899 for US and $999 for Canada. BlackBerry’s online store lists it as “Out of stock”, though. 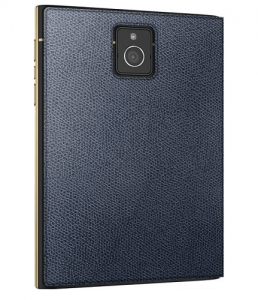