BlackBerry Mercury has leaked a couple of times, showing the QWERTY keyboard in full glory. The smartphone has been confirmed by the company CEO himself and it won’t be long before the official announcement happens.

And now, a new piece of information has appeared revealing that the handset will be exclusive to Verizon in the U.S. 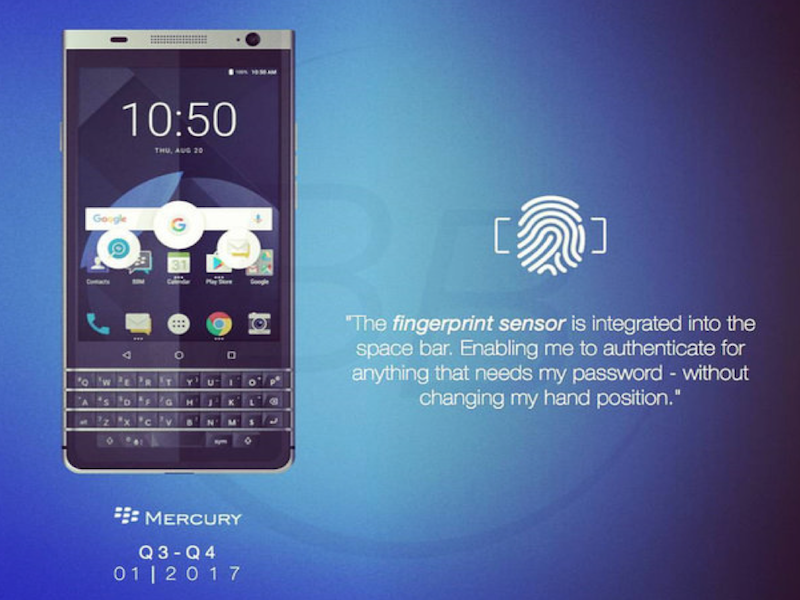 CES 2017 is just around the corner, and BlackBerry is at the forefront of smartphone makers to showcase their new offerings. The event kicks off on 5th Jan and runs through Jan 8, 2017.

Coming back to BlackBerry Mercury, this might be the last signature device from the Canadian smartphone maker, as all the future offerings will be produced by TCL. The USP of the smartphone will be company’s iconic physical QWERTY keyboard. Earlier Android offerings, DTEK50 and DTEK60 were different in this regard so it will be a trip down the memory lane for loyal Blackberry fanbase.

Roland Quandt, the popular leakster has twitted that the BlackBerry Mercury has a model number of BBB100 and will be released by Verizon in the U.S. The reason we believe this might be a Verizon exclusive is because Blackberry had the same partnership with AT&T for Blackberry Priv.

BlackBerry "Mercury" BBB100 is coming to Verizon in the US.

The Blackberry Mercury will feature a 4.5-inch display with a 3:2 ratio. Underneath the hood, you will have Qualcomm Snapdragon 625 chipset with 3 Gigs of RAM and 32GB of internal storage. As for the camera, you might have an 18 MP rear and a 8 MP front shooters onboard. All this will be powered by a 3400 mAh battery with Android 7.0 Nougat on top. Still, the official announcement might surprise us a little.

Still, the official announcement might surprise us a little, as no official word has come out from the Blackberry.

Anyways, with CES happening in a matter of days, everything will be confirmed. Stay tuned to this space for more such news, and do tell us if you await the latest offering from BlackBerry in the comments section below.