The FCC & WiFi Certifications do not share much details about the upcoming smartphone, though. It is mostly just a series of test reports and the related data. A picture reveals the back of the device to be 75mm wide and 153mm long, while the diagonal length will be 162mm.

The image shows that the upcoming handset comes with an NFC antenna. It also reveals the locations of that rear-facing camera, Bluetooth/Wi-Fi antenna, and the WWAN main Antenna. There isn’t much information about the usable screen space. However, based on the height and the diagonal length, the screen size could be as big as 6-inches. Previous leaks had suggested that the Blackberry DTEK60 will actually feature a 5.5-inch display. 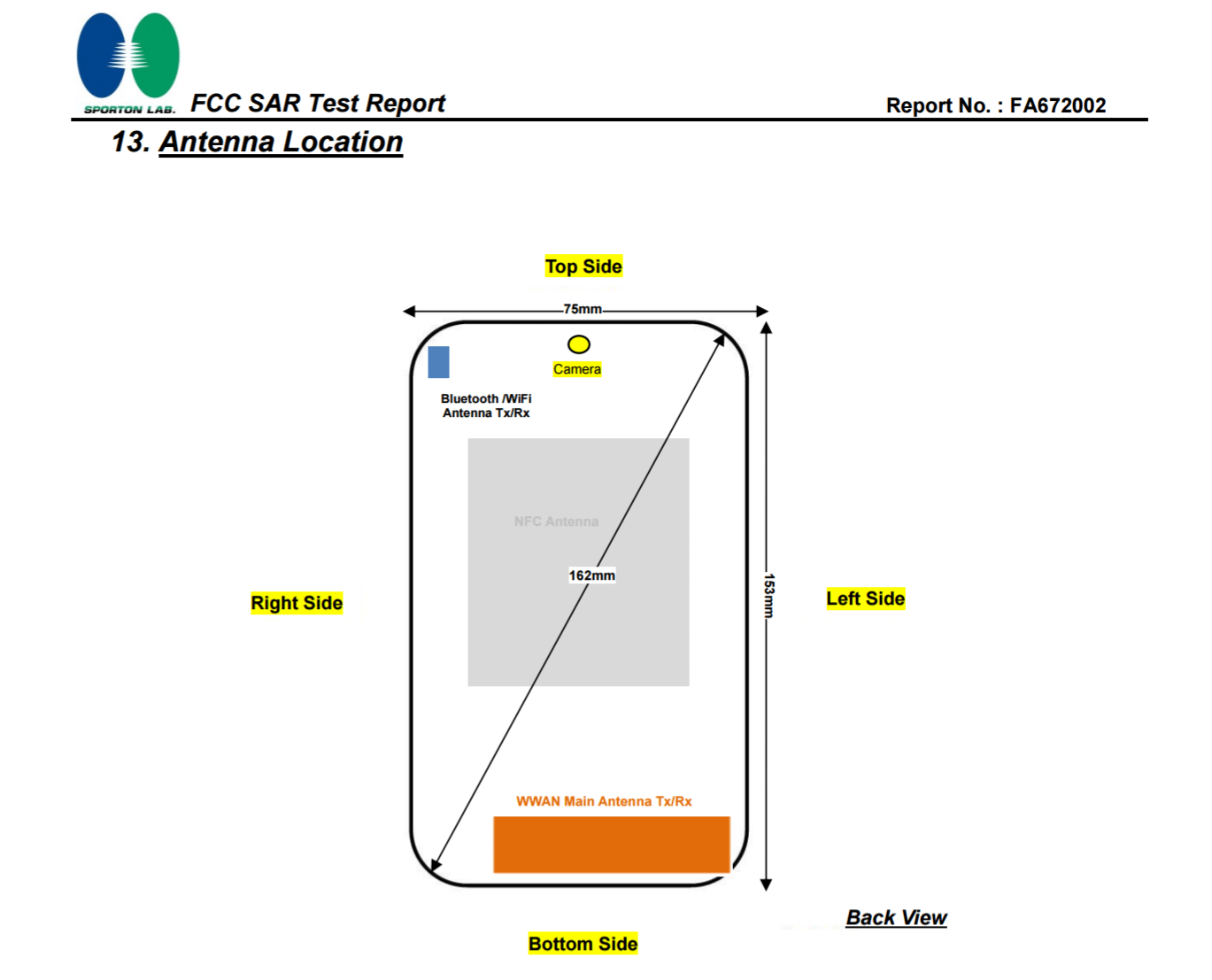 As per the brief official listing, the BlackBerry DTEK60 will feature a 5.5-inch Quad HD display, Snapdragon 820, and 4GB of RAM. The details on the BlackBerry’s servers were clearly not meant to be published and were deleted soon after. As per leak, the upcoming smartphone is going to be powered by a 64-bit Quad-Core Snapdragon 820 processor along with Adreno 530 GPU and 32GB internal storage [expandable]. It runs Android 6.0 Marshmallow OS.

The Blackberry DTEK60 sports a 21MP rear camera with dual-tone LED Flash, a f/2.0 aperture, PDAF system and 4K video recording capability. There is also an 8MP front-facing camera with f/2.2 aperture, 1.125um pixel size, and an 84-degree wide-angle lens. It is backed by a 3000mAh battery with Qualcomm Quick Charge 3.0. The BlackBerry DTEK60 can be expected to be a bigger upgraded version of DTEK50 with a fingerprint sensor.