Some people have all the luck in the world, or on this occasion, some dogs have all the luck in the world. Where some consumers are struggling to purchase an iPhone 7, if you are the son of a billionaire, then your pet dog is going to be showered with a lot of expensive gifts. The son, named Wang Sicong is the son of Wang Jialin, a Chinese businessman whose net worth according to sources close to the matter is over $30 billion.

The pet dog possesses the name Coco and it is luckier than most humans on this planet. The son managed to gift Coco a total of eight iPhone 7 models. Not paying for an iPhone 7 and getting it for free is something that most of us dream of doing, but if you’re the son of a billionaire, then that privilege is guaranteed for you. Not only this but according to different sources, Wang also bought Coco luxurious Apple Watch models that amassed a total value of $37,000. This sure seems like pocket change to the guy, and spending money on eight different iPhone 7’s definitely means that he has the money to waste. 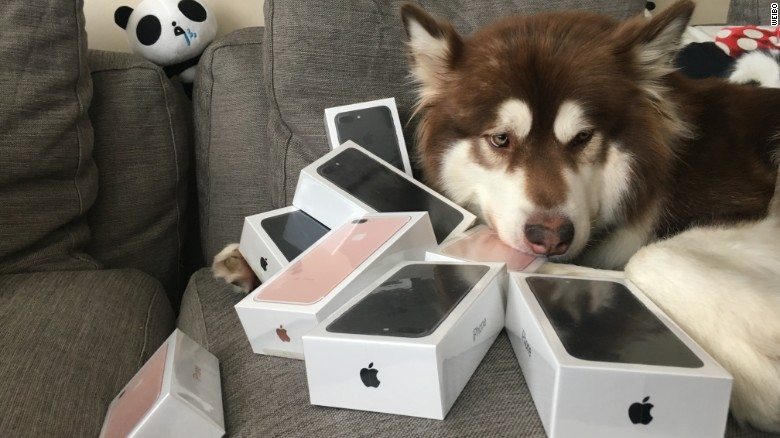 In China, the price of an iPhone 7 is an expensive one, and depending on which model you’ll end up purchasing, you could quickly be skyrocketing that price tag. In this country, pricing can range between 6,388 and 7,988 yuan, making it come to a grand total that slips in between the $956.98 and $1,196.68 USD mark. In short, the billionaire’s son ended up spending less than $8000 on just iPhone 7 models alone, which kind of makes you feel envious about this dog.

However, the fact that the dog will have no for them will grant you some comfort. Sometimes, people with vast amounts of wealth do not tend to think twice while spending it, especially if they didn’t work to achieve that level of opulence.