Bigg Boss season 10 as always has managed to keep up with controversies, starting from exchange of hurtful comments, to making attempts to threaten each other with uncanny notes, getting callous on relationships or humanity in tasks to crushing another person’s integrity, Bigg Boss promises all. And the magic part is that it gets the highest TRP in television, seems like people love controversies and unwanted speculations. But let’s talk about the part for which the entire game is being played by fame hungry celebrities or in this season India wale. 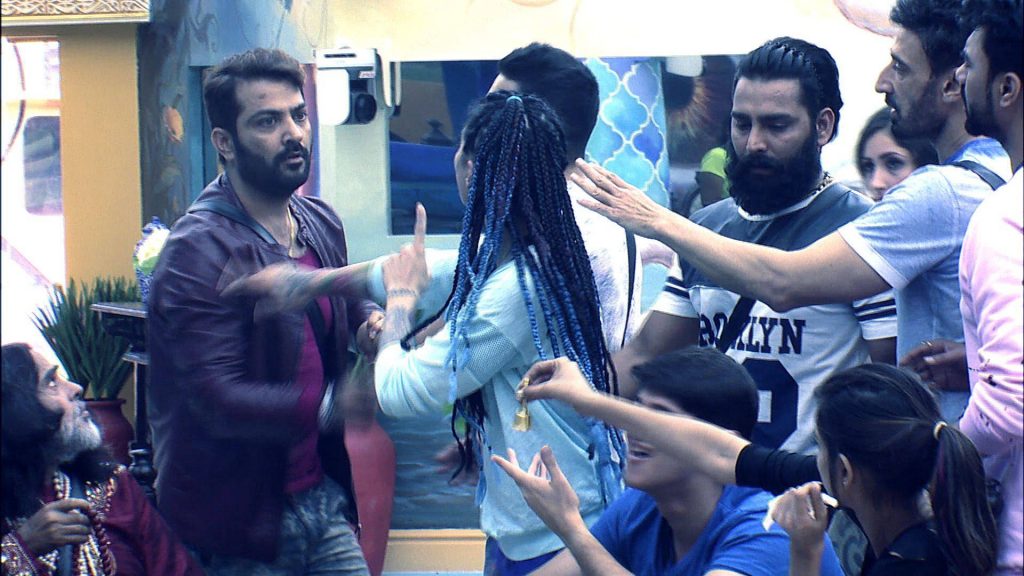 This week has been a little soft, because it involved the assessment of minds and not verbal abuse, as a task of which, Bigg Boss asked its team to play bitch on each other by doing exploitation of personal stuff. And some participants like Bani, Mona Lisa, Manu, Manveer and Gaurav did the task in line to their personal aggression and few of them succeeded. Manveer, Lokesh and Rahul Dev were evidently unable to convince their opponents which landed them in trouble and concluded their candidature in nomination.

This week was really a test of convincing powers and gave participants a tease that they should really try to maintain a cordial relationship to each and every participant in the house. Bigg Boss, on the other hand, will try every brick of twisted manipulated games so as every house mate can combat each other, because that is the only way the TRP is going to cover the charts for Bigg Boss. Well, we also can’t be hard on the show, as the foundation of it is laid on filth, contradictions and verbal abuse. Keep watching this space for more updates on the reality show.