Better Call Saul season 2 ended back in April 2016 and since then, fans of the hit series have been eagerly waiting for the next season to arrive. The previous season was a rather amazing one. Fans absolutely loved it as it was better than the first season in every way. However, it seems that season 3 is going to be the best one so far as fans will get to see Saul Goodman for the very first time in it. 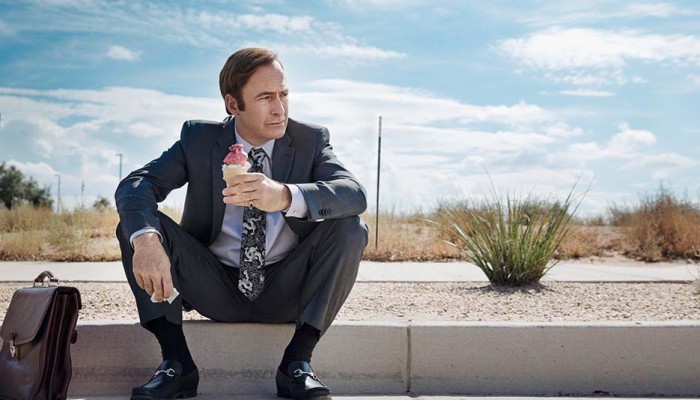 Since the first season of Better Call Saul, fans have been eagerly waiting to see the well-known Saul Goodman from Breaking Bad. However, the first two seasons only focused on what challenges he has faced while he is on his way to becoming the said character. And now, it seems that the wait will be finally over as the actor who plays the role of Jimmy McGill in Better Call Saul, Bob Odenkirk confirmed that fans will see Saul Goodman in the third season.

Saul Goodman Will Appear In Better Call Saul Season 3, But In A Different Way

On Wednesday, during an event in Berlin, Odenkirk talked about his character in Better Call Saul season 3. There, he confirmed that after playing the well behaving Jimmy McGill in the show, he is finally going to play as Saul Goodman, who fans are currently eagerly waiting to see. “For the first time, we get to see Saul Goodman,” said Odenkirk. However, the actor further claimed that he won’t be the same Saul Goodman fans saw in Breaking Bad. According to him, the character will appear, but he will be slightly different from the one from Breaking Bad. “But not the way you think. You’ll get to see Saul Goodman, but he is not what you saw in Breaking Bad. That character will appear but in a slightly different form than you’ve seen it.”

Along with this, Odenkirk further talked about the character of Giancarlo Esposito, Gus Fring, and revealed something really interesting about him. According to him, he isn’t just going to have a short cameo, but is actually going to return with a story. Fans will get to see how he built his empire, and will get to know more about Gus. “Not only is Gus back, but there is a story with him,” Odenkirk said while talking about Gus Fring. “We get to know more about his empire building, more about Gus’ empire and how he built it.”

Better Call Saul season 3 is currently scheduled to air on April 10, 2017. The next season might also feature a cameo appearance of Walter White and Jesse Pinkman. Let us know if you’re excited about it or not in the comments below.