MobiPicker
MobiPicks Top 10 Best Laptops Under 25000 – September 2016
Share on Facebook
Tweet on Twitter
Deal Alert: 49% Off on ExpressVPN
Touted as #1 VPN in the world, ExpressVPN is now offering 49% off & an additional 3-months of service on its annual plans.

Smartphones have become really smart, but still, a smartphone can’t replace a good old Windows laptop. Laptops have their own use as they are the sine qua non of a corporate life. We can’t imagine preparing our classroom assignments without a laptop even if it is a plagiarized paper from Scribd or Academia. Jokes apart, a few years back we would have to think twice before buying a basic laptop, but now one can easily afford a decent laptop well under 25000 rupees. Here is a list of top 10 best laptops under 25000 available in the market.

This is not a comparative list rather a list explaining the features of the top 10 best laptops under 25000 rupees according to us. These are not ranked in any order because it would be unfair to these budget laptops.

This Quad Core 4th gen. laptop is a real grabber. Pavilion 15-r250TU is powered by Intel’s Pentium Quad Core 4th Gen 2.1 GHz processor with a 4 GB RAM, all fitted inside a standard 15.6-inch frame. It offers a standard display of 1366 x 768 pixels resolution. On the storage front, there is 500 GB HDD SATA 5400 RPM Hard Drive. The laptop is fueled by a 4 cell Li-ion battery. Other features include 3 USB ports, standard Bluetooth driver and coming shipped with DOS. This laptop is available at a price of 21,990 which has led to its inclusion on our list of best laptops under 25000 available in the stores.

Like its aforementioned brother, this laptop also comes preinstalled with DOS operating system. It  comes with a 15.6-inch display (1366 x 768 pixels resolution) and weighs 2.25 kg  with a  25.4 mm thick frame. It is powered by an AMD Dual-Core E1 1.4 Ghz processor and 4 GB RAM which is sufficient enough for daily use. Again HP is offering 500 GB HDD SATA 5400 RPM Hard Drive in this laptop. It comes with a 4 cell Li-ion battery which should give the users around 3 hours of power backup. This is another decent laptop which deserves to be among the top 10 best laptops under 25000 rupees and is available as of now at a price of Rs. 20,999 during this month.

Lenovo G50-30 is yet another laptop worthy of being in the top 10 best laptops under 25000 rupees available until the month. The G50-30 is available at a meager price of 22,000 and is powered by an Intel Pentium QuadCore N3540 processor clocked at 2.1 GHz  coupled with 4 GB DDR3 RAM which can be expanded up to 8 GB if your pocket permits. The hard drive is 5400 RPM SATA with 500 GB of memory. There is a 4 Cell Li-ion battery in this affordable laptop and it comes pre-installed with 64-bit DOS.

Dell never ceases to amaze us with its really nice devices, the features which Dell is offering with this laptop led us to include Inspiron 15 3541 into this list of top 10 best laptops under 25000 rupees. It offers a 15.6- inch HD LED Backlit Display with True Life and a Display resolution of 1366 x 768 Pixels. It is powered by an AMD Quad-Core A6-6310 2.4 GHz processor along with an AMD Radeon HD R5 M230 graphic processor with 2 GB graphics memory and  4 GB of RAM. This budget-friendly, but feature-rich laptop runs on 64-bit UBUNTU OS and is available at a price of 22,200 rupees.

This Fujitsu laptop is a real gem in this list of top 10 best laptops under 25000 rupees. It is powered by a 4th generation Intel Core i3-4005U 1.7 GHz processor with Intel’s standard HD 4400 graphic processor. It can be purchased at a price of Rs. 23,890. The most amazing feature of this laptop is its 8 GB DDR3 RAM.  Other features include a 500 GB SATA HDD and 64-bit DOS operating system. Another feature worth mentioning is its battery, which is a 6 cell Li-ion battery offering up to 8 hours of backup.

This laptop by Lenovo runs on Windows 8.1 and is available online at around 21,000 rupees. It comes with AMD Dual Core E1-6010 1.3 GHz processor coupled with AMD Radeon R2 Graphics processor. On the memory front, it sports  4 GB of DDR3 RAM and 500 GB of HDD. It is fueled by a 4 cell Li-ion battery sufficient for 4 hours of normal use. This budget friendly Windows laptop is available in market at a price of 20,900 which makes it a perfect contestant for this list of the best laptops under 25000 rupees available until this month.

This laptop  is powered by a 1.6GHz Intel Celeron dual-core N3050 processor coupled with 4GB of DDR3 RAM and 500 GB of HDD. It comes with DOS that means users will have to install some other OS on their own. Other features include HP true vision webcam and 3 USB port apart from standard connectivity options. It is available online within an easily affordable range of 22,000 to 23,500 bucks and that is why we have included it in our list of the best laptops under 25000 available in the stores.

This entry level laptop from HP is available at a price of 20,480 and because of such low price and its offering of Windows 8.1 operating system, it deserves an honorable spot on this list of the top 10 best laptops under 25000 available until the month. This 14.0 – inch laptop is powered by Intel’s Celeron dual-core N2840 processor coupled with 2 GB DDR3 RAM that can be expanded to 8 GB via the two slots.

This Ubuntu running 64-bit laptop can be purchased at a pocket-friendly price of just around Rs.20,390. This lightweight 15.6 – inch laptop is powered by AMD Quad-Core A6 2.4 GHz processor coupled with 4 GB DDR3 RAM. In our opinion, this laptop  also qualifies for laptops under 20k and is the cheapest laptop on this list. Hence, we have included the Dell Inspiron 15 3541 among the best laptops under 25000 rupees available in India. It runs on a 64-bit Ubuntu OS and is fueled by a standard 4 cell battery.

This laptop is an upgraded version of its last mentioned sibling and is available online at a price of Rs. 23,991. It features a 15.6-inch LED backlit screen with a true-life display which offers a razor sharp image quality, ultra rich colors and a really clear visibility under bright light.  This version of 15 3541 is powered by a 1.3GHz AMD Dual-Core E1-6010 processor which coupled with a standard 2GB DDR3 RAM that can be expanded up to 8 GB with the two slots. Also, there is Radeon R2 graphics processor and a standard 500 GB HDD. This device runs on 64 bit Windows 8.1 OS and it sure is enough to get it a spot in our list of the top 10 best laptops under 25000 available in the market.

Again we should remind that these laptops are put randomly in no order, as it is impossible to establish which one of these laptops is the best laptop under 25000 rupees. Users should prioritize their needs before selecting any of these laptops.

Do let us know if you disagree with our list and think that some other laptop deserves more to be on this list. Stay tuned for more news and updates. Adios. 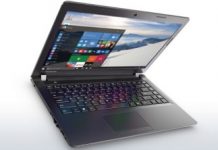