Black Friday is still over a month away, but we managed to predict when the ads for awesome Back Friday deals should leak. Stay with us and find out when the three biggest retail chains will release their Black Friday ads.

The first ads already leaked online, but the majority of retailers still keep their deals under the cloud.  The predictions place early Black Friday ad releases sometime during early November. If we look at last year’s deals leaks, the three biggest retailers, Walmart, Best Buy, and Target, should release their sales during the first week of November. But, since this years’ Black Friday comes two days early (last year it was November 27, this year it is November 25) you could see the ads a few days sooner than it was the case last year.

Phil Dengler, co-founder of BestBlackFriday.com told iDigitalTimes that “In 2015, Black Friday fell on November 27. For 2016, Black Friday will fall on November 25. While it is only a difference of two days, every single day matters when stores are attempting to promote their holiday sales. Additionally, a few of the important ad leak dates from last year are falling on Sundays this year. While we have seen ads leak on Sunday, that is usually the quietest day when it comes to new news.”

For this year, Best Buy should release their ads on November 9. Also, it is possible for Best Buy to start their Black Friday sale at 5pm on Thanksgiving Day (November 24) which will continue through Black Friday.

For this year, the predictions place November 8 as the date when Black Friday ads will see the light of day. Note that last year Target started with early holiday “cartwheel” deals during early November. Target’s Black Friday sale should start at 6pm on Thanksgiving Day and continue through Back Friday. If you want to go on an online shopping spree you can expect for online sales to begin on Thanksgiving morning.

For this year, the prediction is that Walmart ads will leak online on November 10. Walmart’s Black Friday sales will begin at 6pm on Thanksgiving Day and will continue through Black Friday.

Other major retailers should release their sales ads on following dates: 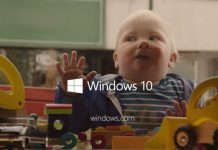 7 Ways Windows 10 Pushes Ads to You; How To Stop Them