It should probably come as no surprise that Battlefield 1 features DirectX 12 support. The API has been popular throughout the video games industry, especially amongst developers intent on pushing the boundaries of technical graphics. DICE certainly fits that definition, and confirmed that they will be using the API with their Frostbite engine. It seems that Battlefield 1 might be the first Frostbite game to actually be played on DirectX 12 however, if the game’s Alpha build is any indication (via WCCFTech). 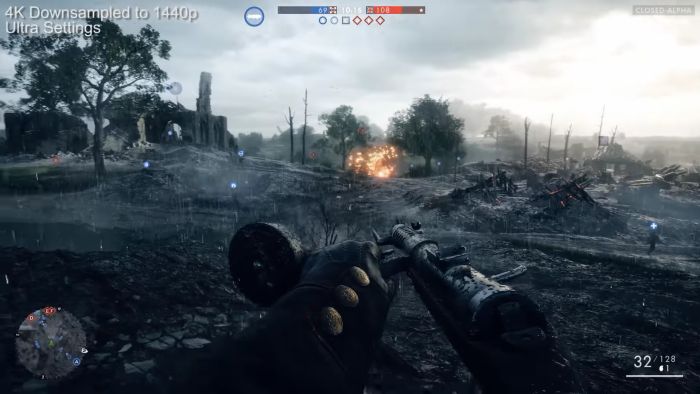 The above image is from a video published by Eurogamer’s Digital Foundry, who took the game out for a spin. Setting the game at the supplied monitor’s native resolution of 1440p, they managed to go one step further and render the game at a 5K resolution. This was powered by Nvidia’s behemoth GeForce 1080 card. Interestingly the first option seen in the Advanced section of the graphics settings reads “ID_M_OPTIONS_DX12ENABLED”, which is likely a switch to turn DirectX 12 on or off.

It’s unclear if this option will persist in the final version of the game, but that is likely. DirectX 12 is, at present, restricted to Windows 10 and despite that OS’s widespread adoption, DICE will be wise not to alienate players still on Windows 7 and Windows 8. Can your computer handle DirectX 12? Let us know in the comments below.