Arkham City has stealth Pro support – but it’s just the base game running with access to the additional GPU and CPU power. But does it work smoothly on high resolution? They should simply give consumers the power to toggle Pro mode on or off. We’ll create a database of games that work well and games that don’t. Let the consumers choose.

The CPU is truly a bottleneck but in single threaded games only. In multithreaded gaming, the FX 8 core runs like an i7. With the FX you can run a lot of software at the same time without any slowdown. However, with the i3, you can’t. The vast majority of games are still single threaded these days because developers and publishers are lazy. So, until that changes, intel wins the CPU race, from a “purely for gaming” perspective.

The PS4 Pro’s processor is basically an AMD Athlon 5350 and the graphics card is basically an 8GB RX 470. So, all in all, it’s not a very powerful system. We imagine Scorpio will be quite a bit better. The GPU in the PS4 Pro is bottlenecked a ton by the CPU, so it’s hard to know, exactly how other games would run. From what we do know, the PS4 Pro is 4.2 teraflops, while the RX 470 is 4.9 teraflops. That’s fairly close. The RX 460 is just 2.2 teraflops. Perhaps the 380x would be a more equal graphics card? Anyways, let us know what you think of this secret PS4 Pro enhancement in Batman: Return to Arkham. 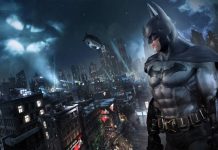