Batman Arkham Knight is the latest instalment in the whole series developed by the Rocksteady studio, and the PC version of the game has been a hot topic of discussion in 2015. In case you don’t know, the PC game was a controversial release because of the various issues and bugs that it contained when it launched. So the PC gamers had to wait for some more time for the issues to get ironed out. If you are one of them, here’s some good news for you. 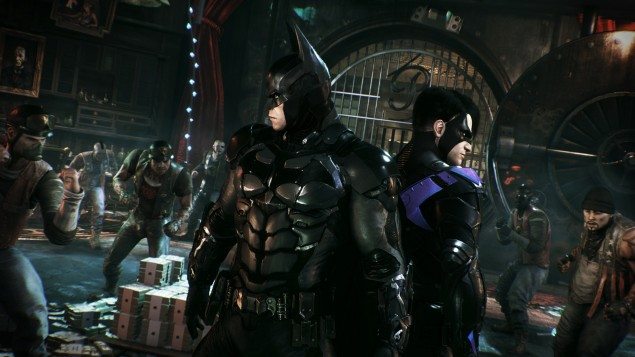 Warner Bros. has rolled out a new free DLC pack for those PC gamers who stood by the game and waited for its bugs to be resolved. The new Batman Arkham Knight free DLC pack is available only on PC and will reach consoles later. The pack is the Crime Fighter Challenge Pack #6, also known previously as the Community Challenge pack. There are maps in the pack taken from Batman Arkham City and Batman Asylum, like the Sanatorium, the Wayne Manor Main Hall map from Arkham City, Medical Facility from Arkham Asylum, etc.

Following last week’s announcement, the Batman Incorporated skin is also now available from today. Xbox One and PlayStation gamers who own the Batman Arkham Knight game will get the new DLC pack next week on 26th January.

A lot of such additional content was rolled out last month for Batman Arkham Knight. These include new AR Challenges, new skins, etc. Rocksteady and Warner Bros. also added to the game the Season of Infamy expansion, which brings the new Most Wanted side missions with super villains of Batman, like Mr. Freeze, Killer Croc, Ra’s Al Ghul, and The Mad Hatter. In case you are interested, the expansion can be purchased now for all platforms.

Batman Arkham Knight has reached all regions and is available for PC, Xbox One, and PlayStation 4 too. As mentioned earlier, you can now download The Crime Fighter Challenge Pack #6 for PC.