In Attack on Titan season 2 episode 10, the members of the Survey Corps sent to recover their comrades from Reiner and Bertholdt will close in to their location. All of them are currently fully determined on saving their comrades, but how will they manage to save them from the Armored and Colossal Titans? However, they might just get saved as Eren and Ymir will be thinking about escaping on their own. 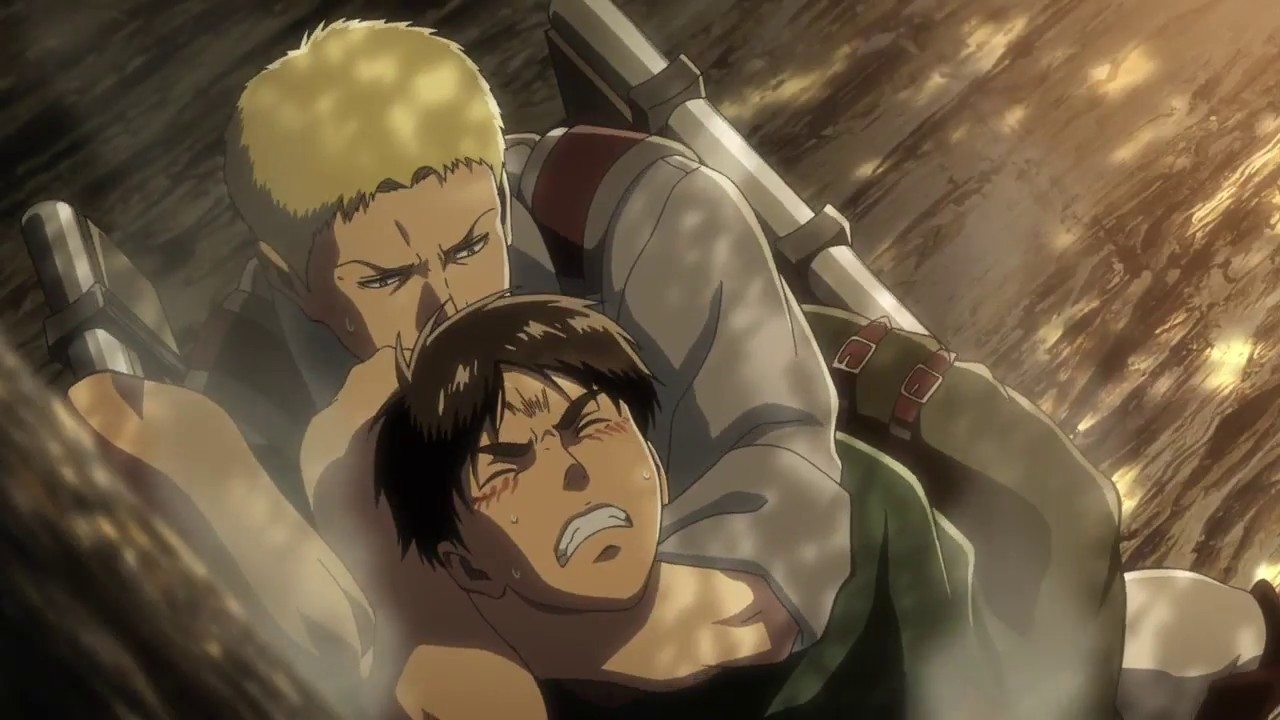 Recently, the preview trailer of Attack on Titan season 2 episode 10 was released, which gives fans a glimpse at what they can expect to see in the next episode. The preview reveals Reiner having Eren pinned down, most probably to calm him down. On the other hand, Connie and the rest of the Scout Regiment are on their way to save him. However, Eren and Ymir think about escaping the place by using their own ODM gear. But Ymir then recalls memories of her past, which then makes her come up with an even better plan. Everyone is currently thinking what the plan is, and how will the two manage to execute it. You can have a look at the preview trailer of Attack on Titan season 2 episode 10 below, and get yourself hyped up for it.

Next Episode To Reveal Ymir’s Past

The next episode of Attack on Titan will also reveal some of Ymir’s past. Fans will get to see what she had to go through when she was a child. Along with this, fans might also get to finally know the reason behind her strong loyalty towards Christa. It might turn out to be something other than just love.