Attack on Titan will be releasing on the PlayStation 4, PlayStation 3 and PlayStation Vita in merely two days: in Japan, at least. Perhaps as the last piece of major publicity for the game, Koei Tecmo has released the second part in a series of videos in which the voice actress behind Mikasa plays her own character in the game, on a PlayStation 4. 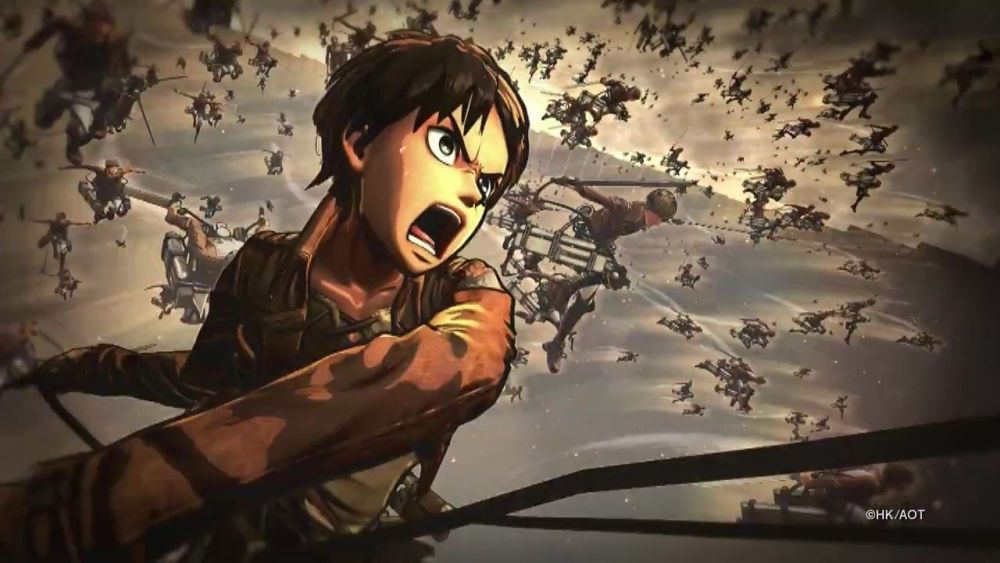 In the video, embedded below, we see voice actress Yui Ishikawa take control of her own character in the game, Mikasa, as she plays the game alongside Executive Producer Hisashi Koinuma. The video is entirely in Japanese, but gives a fair look at the cable-swinging action we can expect from Attack on Titan when it launches later this year in North America and Europe.

Attack on Titan will cover the first season of the incredibly popular anime series of the same name, which has spawned virtually every kind of promotional merchandise in existence, and travelled from its manga pages all the way to a live-action adaptation, a spin-off anime series, and four(!) video games. This looks to be the first game for home consoles, as previous games were restricted to the 3DS and mobile platforms.

The game is being developed by Omega Force, a subsidiary of Koei Tecmo best known for the Dynasty Warriors series, as well as Hyrule Warriors and Dragon Quest Heroes.