‘Attack on Titan 2’ has been finally confirmed by the publisher Koei Tecmo’s executives on August 21, 2017. The blending of video game and anime is still a highly-anticipated product for both the anime lovers and gamers. However, now plenty of speculations have started swirling up the web after the announcement of the game.

The upcoming ‘Attack on Titan 2’ game will reportedly retell the key moments from the series manga added with new scenarios involving the new characters. The executives of Koei Tecmo further revealed that the game is presently in production.

Fans will be glad to know that Spike Chunsoft has launched a new teaser on ‘Attack on Titan 2: Future Coordinates’ that is expected to be released on November 30, 2017 in Japan for Nintendo 3DS. If you check the trailer below at the end of this article, you will find the Scout’s fast action scenes as they use their 3D Maneuver gear against the titans. According to Dual Shockers, the game is actually based on the series manga and its second season. It shows more about the scouts who intend to learn more about the invading Titans.

The website further notifies that ‘Future Coordinates’ will also feature two modes – World Mode and Story Mode – and these modes will give the gamers more opportunity to build their own base and strengthen their stronghold against the enemy Titans. Story Mode literally means the game story will be based on ‘Attack of Titan’ Season 2 anime, whereas World Mode will allow teaming up with up to four players. This mode will also allow the players to create their own character in the SNK universe.

There is no release date announced for the western market. Stay with Mobi Picker to get the latest updates on the game. 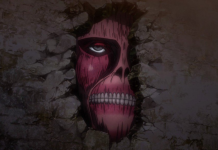 Attack On Titan Season 3 Spoilers: Upcoming Season To Focus On Secrets Of The Royal Family