“Attack on Titan” Season 3 speculations are already on despite the fact that the Season 2 of the anime series is yet to end. The latest rumors indicate that Levi will have a much bigger role in the next season and he may almost kill Zeke or Beast Titan. Check out more updates!

“Attack on Titan” Season 2 latest update to be released this weekend will reveal the much-awaited encounter between two enemy Titans, Armored Titan and Colossus Titan against the Survey Corps, reports iTechPost.

Levi To Have More Role in ‘Attack On Titan’ Season 3

Considering the pace with which the current season is going on, it is likely that the final episode will end with a battle between Beast Titan and the Survey Corps. The battle will also feature the coming of Peak who is another Marley titan. 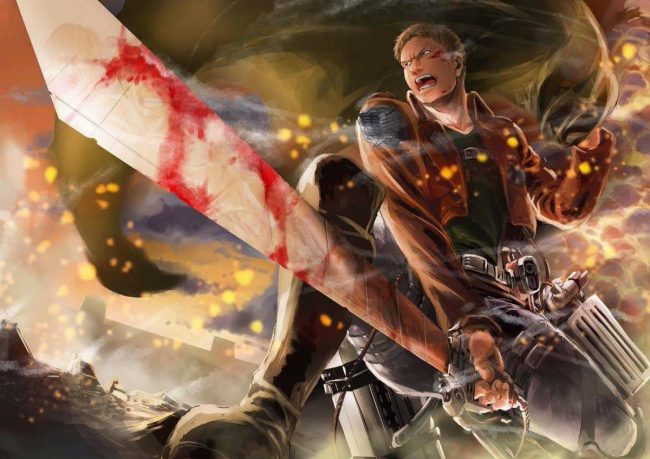 According to some fans, Levi did not get much focus in the last season. But he is sure to be playing a big role in the “Attack on Titan” Season 3.  Importantly, he will be the one fighting with the Beast Titan and may even kill Zeke or Beast. The event will eventually call for lots of sacrifices and in the end, Hange and Levi will be the ones to lead the crew of Survey Corps soldiers.

Survey Corps To Take Up Another Mission

In the next season, Levi and Hange will also acquire Titan powers and some of the members will become titans. The number of soldiers in the Survey Corps keeps on dwindling as they start their journey towards the heart of Paradis to complete another mission.

According to Inquisitr, WiT Studio is yet to announce the release date for the third season. However, taking into consideration the launch of anime series in Japan, the source says that the “Attack on Titan” Season 3 will be released in two consecutive frames sometime in 2018 or 2019.