Snapchat is entering the expansion mode, starting with physical products. The company has announced its first hardware product, called Spectacles with a video camera built into their front. The Snapchat Spectacles are a one-size-fits-all pair of sunglasses that can record 10 seconds of video at a time. Priced at $130, the Spectacles will come in three color options – Teal, Black, and Coral. With the extension in its portfolio, Snapchat has also changed its company name to Snap, Inc. 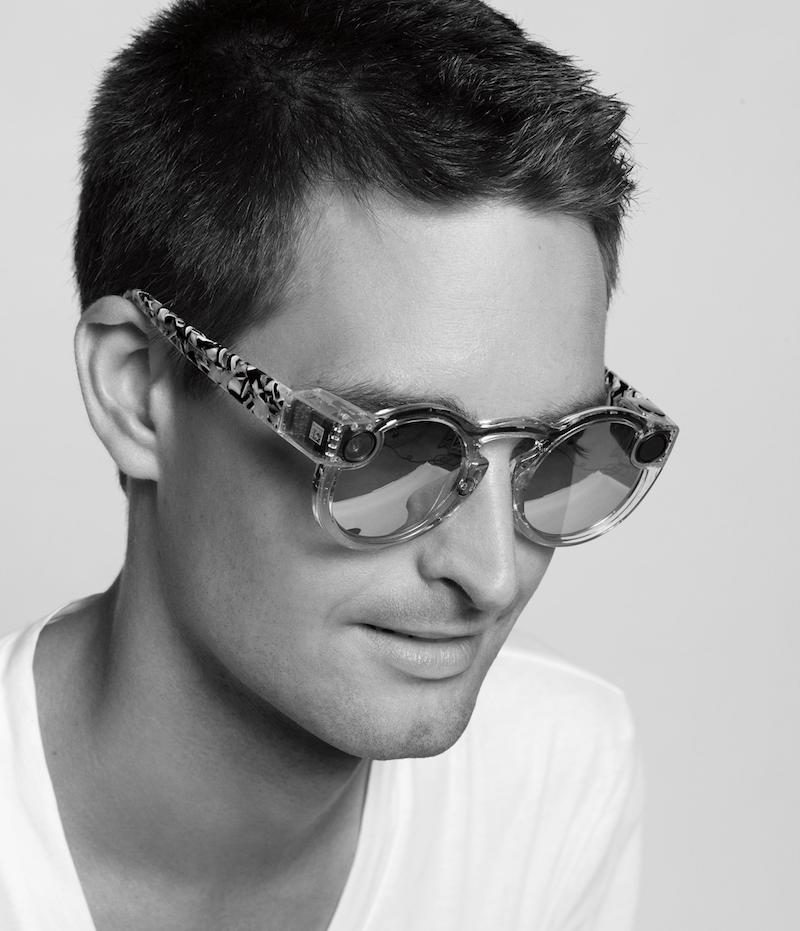 The new Spectacles were announced via an exclusive report published by the Wall Street Journal. The new sunglasses were announced by the company founder, Evan Spiegel. The sunglasses are featured in a picture of on Spiegel in the Wall Street Journal report. So far, we only have two official photos and a brief, leaked promo video to support the announcement.

As per the report, the Snapchat Spectacles feature an 115-degree camera lens that renders a fish-eye rendering effect on any videos taken. The sunglasses start recording when you tap a button near the hinge. Each tap records exactly 10 seconds of video that will sync wirelessly to a paired smartphone. The lens was designed to be wider than smartphone cameras, more closely mirroring the natural view of human eyes.

As seen in the picture, the Snapchat Spectacles feature pronounced bulges on both halves of the glasses’ frame housing a camera. There is not information about the hardware as yet, including storage. Even the video resolution is unknown as of now. However, Snapchat CEO Evan Spiegel revealed that ‘the video is recorded in a circular format as argues that the square and rectangle form that photos and videos currently come in are a vestige of early photos being printed on paper’.

“One of the advantages of Spectacles is not having to hold a smartphone in front of your face because it’s ‘like a wall’. Re-watching first-person footage is like reliving a memory. Spectacles gives Snap control of a physical camera, bypassing the smartphone cameras. There could be ‘far-reaching implications’ if Snap controlled the hardware its users take pictures and video with,” said Spiegel.

Apparently, Snapchat has been developing Spectacles for years. Spiegel says he has been testing the device himself for a year now. He remembers testing a prototype in early 2015 while hiking with his fiancée, supermodel Miranda Kerr.

“It was our first vacation, and we went to Big Sur for a day or two. We were walking through the woods, stepping over logs, looking up at the beautiful trees. And when I got the footage back and watched it, I could see my own memory, through my own eyes—it was unbelievable. It’s one thing to see images of an experience you had, but it’s another thing to have an experience of the experience. It was the closest I’d ever come to feeling like I was there again,” he added.

However, he refers to Spectacles as a ‘toy’, best for an outdoor concert or barbecue. The company is taking a slow approach to launch with limited distribution. It still has to figure out if it fits into people’s lives.

The company’s official name change to Snap, Inc. means that we can now expect it to move beyond the Snapchat app. However, we don’t have any information about new apps or hardware. Spiegel added that the new Snap, Inc is a camera company rather than a social media company.